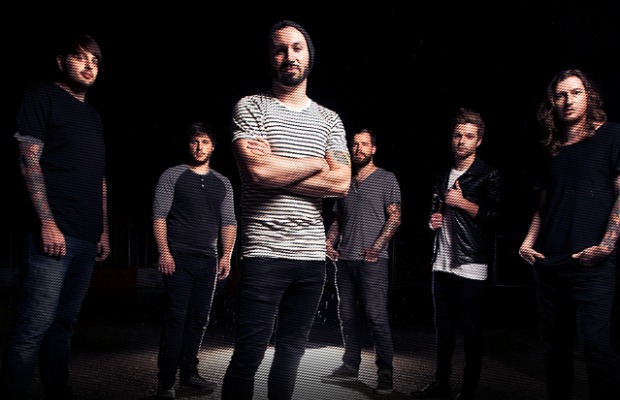 Periphery frontman Spencer Sotelo found out about From First To Last’s potential reunion with Sonny Moore “the same way you did.” In a separate tweet, he also confirmed that he is no longer in the band. You can see what he had to say below.

FFTL recruited Sotelo for their first post-hiatus album, Dead Trees, which was released in 2015 on Sumerian Records. The LP included 11 new tracks and three re-recordings of “Note To Self,” “Ride The Wings Of Pestilence” and “The Latest Plague.”

Listen: Members of the Word Alive, Periphery and From First To Last release cover of the 1975

News broke Saturday, July 30, when Moore (aka Skrillex) played a FFTL-sounding song clip on his Beats 1 radio show. This sent the scene into a frenzy with rumors of Moore potentially re-joining the band. (The clip has since been removed due to a copyright claim from Warner Bros.)

@pilsbug I found out the same way you did. Guess not.