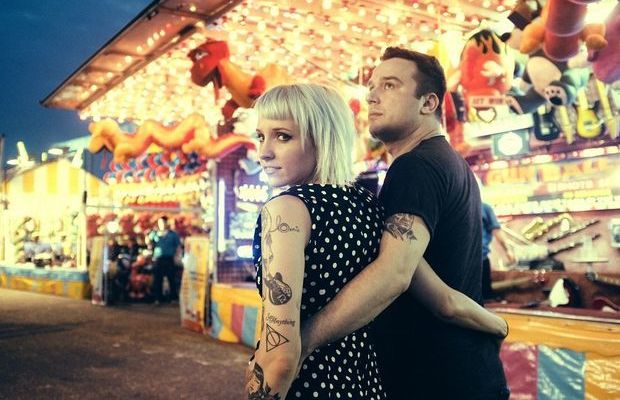 Perma, the husband and wife duo of Max Bemis (Say Anything) and Sherri DuPree-Bemis (Eisley), are filming their first-ever music video for “Little Light,” a track from their recent debut full-length, Two Of A Crime, out now on Max's Rory Records imprint of Equal Vision.

According to a tweet from Bemis, the video will feature “more than one cannibal:”

Shooting a video for Perma's “Little Light” this week. There is more than one cannibal in it.

The video's release date has not yet been announced, but it is expected to arrive soon.

Perma recently wrapped an acoustic tour of the eastern U.S., and will next embark on a west coast leg with Matt Pryor, Merriment, and Allison Weiss as support. Max and Sherri will also perform solo sets. Here's a full list of dates: