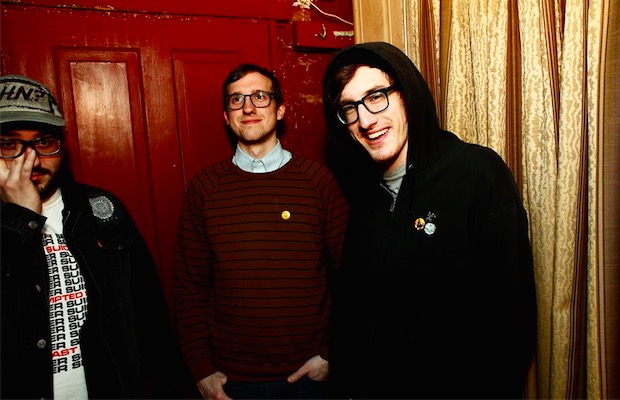 Pet Symmetry (members of Into It. Over It, Dowsing, Kittyhawk and Mountains for Clouds) have announced that they will release their debut album, Pets Hounds, on May 19th via Asian Man Records. Stream the effort's lead single, “Give Thanks (Get Lost),” below and let us know what you think!

Pet Symmetry came into fruition in 2012 when “punk celebrity” Chris Farren was posting fake band names on Facebook and Evan Weiss saw him toss out Pet Symmetry. Weiss immediately texted Farren asking for permission to use the name, to which he obviously complied, but only on a few conditions: That he receive the band's first born children and that they thank him in the credits of every album they release.

Pet Symmetry responded by putting him on the cover of Pets Hounds.