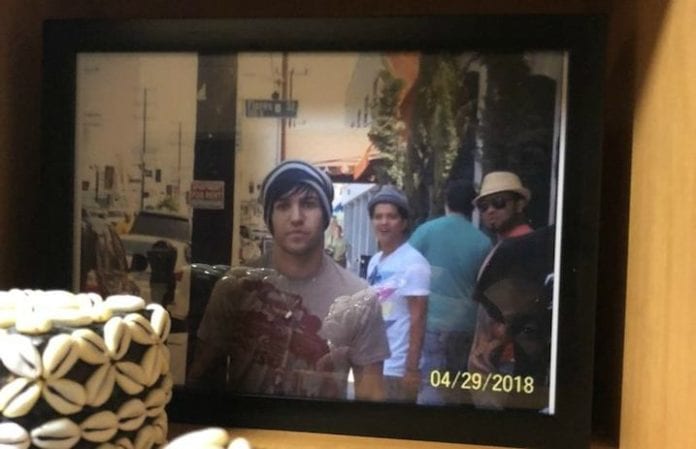 Fall Out Boy's Pete Wentz observed the 10th anniversary of his viral photo with Bruno Mars in style! See how the musician chose to commemorate the classic meme pic's historic celebration in the revealing tweets below.

“Didn't want you to think I forgot,” Wentz tweeted on Monday, a day after the surreal 2008 photo of himself and singer Bruno Mars on the streets of Los Angeles turned 10. “Can't believe it's been ten years,” he added.

The tweet included four images of what the Fall Out Boy bassist described as evidence that he “redecorated [his] hotel room in Singapore just a bit,” the pics showing a framed print of the famous Wentz-Mars photo on display.

Didn’t want you to think I forgot- can’t believe it’s been ten years. Redecorated my hotel room in singapore just a bit. pic.twitter.com/dMtsCyo10x

Did you celebrate the 10th anniversary of Pete Wentz and Bruno Mars' viral photo? Does the classic pic from ten years ago make you feel old? Scope out a video with some more iconic 2008 scene moments right here on APTV: