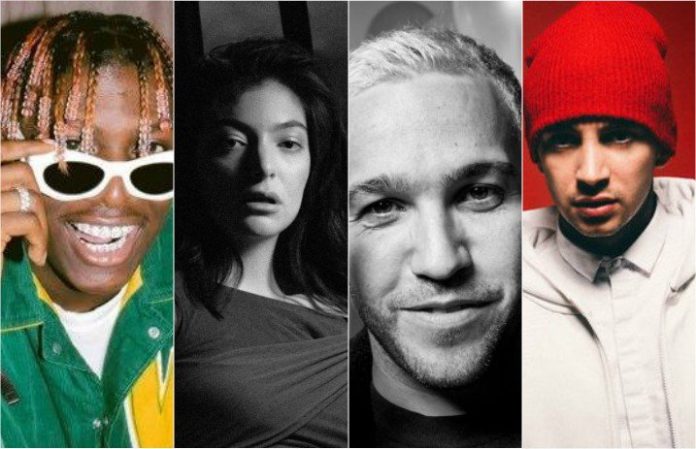 Fall Out Boy's Pete Wentz has been vocal about the state—and future—of rock in the past, and he's penned a new note on the state of rock.

“It’s an interesting time,” he writes.

Read more: Fall Out Boy’s Pete Wentz says Jaden Smith could be the “next Nirvana”

In the column, shared on Variety, Wentz cites some of the biggest acts in the rock realm today, including Portugal. The Man, Imagine Dragons, Twenty One Pilots and, yes, Lil Yachty. “Today, you can’t necessarily think, 'Rock music has to be this and it can’t be that,'” Wentz writes. “We’re challenging the notion of what rock music can be.”

As he explains, a lot of this simply comes down to the way we listen to music. Playlists might hop from “a Beatles song into Twenty One Pilots into Lil Yachty,” and as Wentz explains, rock music has to stand out. And that's what artists like Lorde and TØP are doing.

“These days, when I drop off my 9-year-old son at school, I’ll see little kids into Yachty and Lil Uzi Vert or a song like Lil Pump’s 'Gucci Gang,'” Wentz writes. “Those guys are making the punk DIY version of hip-hop.

“Rock music might not come the way people expect it, but it feels very much alive.”

The band released their new album, M A N   I   A, last week, and when talking about their new album for issue 347, Patrick Stump says this album is going to be different than anything they’ve done before.