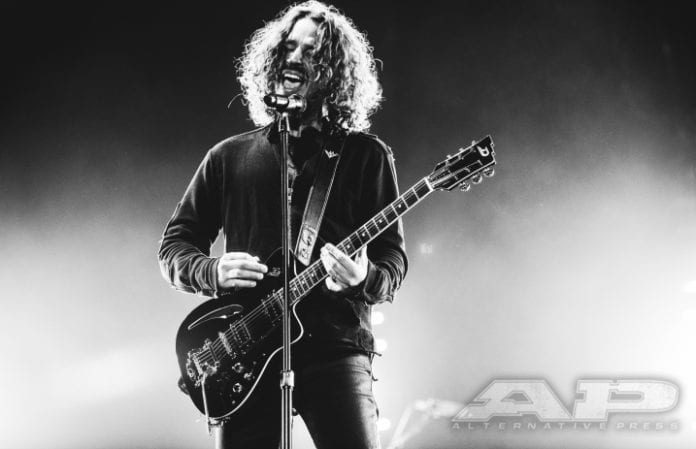 Following the tragic passing of Soundgarden and Audioslave frontman Chris Cornell earlier this month, his brother, Peter Cornell, has shared an emotional tribute Chris over the weekend.

“It's been difficult to put words together. My heart is broken. Chris was always just my brother,” he wrote on Facebook.

Read his tribute in full below.

Read more: Watch the touching Chris Cornell tribute from Rock On The Range

In his tribute, Peter says that although Chris was an icon, he was always just his brother who shared his gifts with the world. He thanks fans around the world for their kindness and condolences and shares photos of the first and last time they were together.

Read his tribute in full below:

It’s been difficult to put words together. My heart is broken. Chris was always just my brother. We just “were”. No pretense. No dog and pony show. We didn’t have to get deep all the time. Sometimes we only needed to just be in the same room and just be present. That was enough.

It wasn’t until this week, it really hit me how he belonged to the world. That he is an icon and a legend. That being said, I am so sorry to YOU for your loss. Artists, actors, musicians. We rely on these people to lift us up. To inspire us and distract us in times of trouble. Chris protected us when we needed him to. His one of a kind-ness surrounded us like a suit of armor. He was a warrior and a wizard. A howling wolf and a trusted mentor.

My brother gave freely of his gifts and it was never a struggle. He kept himself from the saturation of celebrity in such a humble way. The power and anger and passion of my brother’s music was always genuine, original and legitimate. He was the powerful, sensitive, fragile, angry, mystical creature that will exist forever in his body of work. And he did it for ALL of us. Giving it away. Leaving all on the stage or in the recordings that will keep him immortal.

I will never wrap my head around his passing. I’ve been in shock since I heard the news. I can’t and won’t let him go.

Please know, with all the humility I can muster from the depths of a pulverized heart, I THANK EACH OF YOU for your kindness and condolences. THANK YOU for finding me through YOUR tears.

Hold your brothers close.
Much Love!

The first time and the last time we were together.

The music world is still mourning the loss of Chris Cornell, who passed away Wednesday, May 17 at the age of 52. Artists from the Red Hot Chili Peppers to Linkin Park have paid tribute to the music icon, with Linkin Park's Chester Bennington, who was a close friend and even godparent to one of Cornell's children, singing  Leonard Cohen’s “Hallelujah” for the mourners at Cornell's funeral.