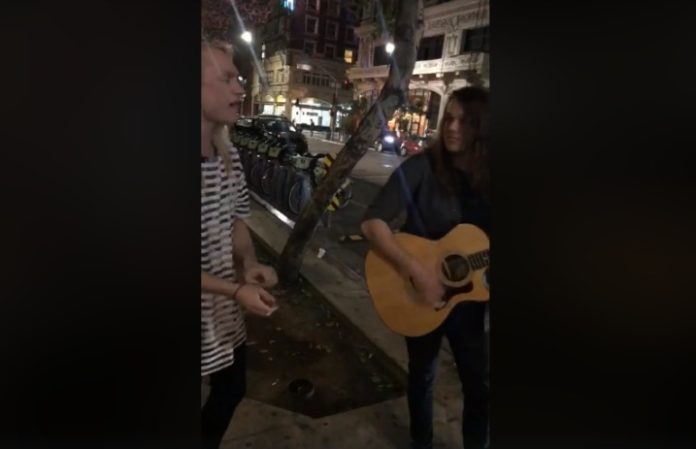 It's a wonderful thing watching bands put their fans first. It's a nice reminder that no matter how big a band gets, their fans are still a priority and an important factor in their careers. Lexington, Kentucky's Picturesque did a little something extra for their fans, giving an impromptu acoustic performance outside the venue for fans who missed their set due to time confusion on their tickets.

Check out the video footage from their acoustic performance, below!

Picturesque are currently on the Get Free Tour in support of headliners Tonight Alive and Silverstein, with additional support from Broadside. When the band found out that some fans had missed their set in Los Angeles last night due to confusion over the time printed on the tickets, they went above and beyond to make it up to them.

Unfortunately we’re aware that a few fans missed our set tonight in Los Angeles because of some time confusion on the tickets. We’re gonna play a few acoustic songs after the show outside to anyone that wants to watch ❤️

Fans were more than appreciative of the gesture.

The band met fans outside The Regent after the show, performing a few acoustic songs and streaming the whole thing live on Facebook for those who couldn't attend.

Check out footage from their intimate acoustic performance, below!

You can catch Picturesque on the Get Free Tour at the following cities and dates.

Will you be seeing these bands on tour? Let us know in the comments below!