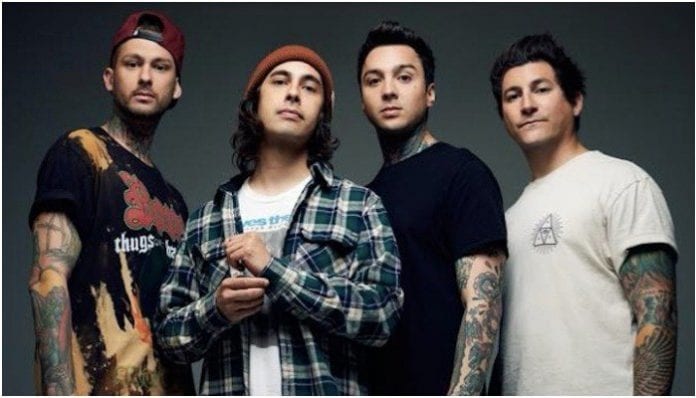 Pierce The Veil‘s Vic Fuentes has confirmed that the band is currently working on “something really special.”

Read more: Pierce The Veil have started working on a new album

It’s been a little over two years since the band released 2016’s Misadventures, PTV’s last full-length effort. Since then, things have been relatively quiet in terms of music, but it appears that the frontman has been working on something.

Earlier in July, we reported that Fuentes announced that the band was in the early stages of creating their fifth studio album. Then, yesterday, Sept. 2, the frontman shared that they’re currently working on “something really special.”

We’re not entirely sure what the special thing is, whether that be a new album, tour or something entirely different, but, whatever it is, we know it’s currently in the process of being underway.

The news was revealed after the frontman quoted a tweet from a California radio station, 91X, that read as follows: “*is patiently waiting for @piercetheveil to drop a single.*”

Responding to the tweet soon after, the frontman quoted it to the band’s official Twitter page saying “Love you guys! I promise we’re working on something really special for you.”

😂 love you guys! I promise we’re working on something really special for you 😘🤘 -V https://t.co/Oa654g2EkA

The news of the band’s possible return follows a sexual misconduct allegation made last Nov. against drummer Mike Fuentes, where a woman claimed she had a sexual relationship with the drummer when she was underage.

A month after the allegation surfaced online, the band posted an official statement to their social media, where they announced that the drummer would be taking a break from the band.

It is unclear at this time if Mike will be back in the band when they do make their return.