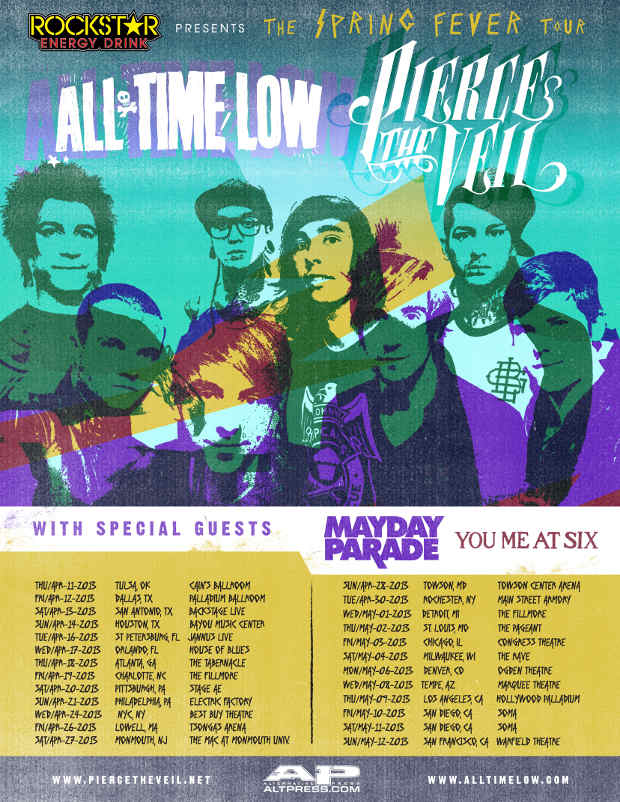 Pierce The Veil and  All Time Low have announced North American co-headline tour dates. The “Spring Fever Tour” will also feature Mayday Parade and You Me At Six. The dates kick off on April 11th in Tulsa, OK at Cain's Ballroom and continue through May.

“This tour was a long time in the making for all of us,” notes Pierce The Veil lead singer Vic Fuentes. “All of the bands have crossed paths over the years at festivals and random shows, but we've never been together in one place at the same time, on the same stage. We are all long time friends and we cannot wait for the inevitable chaos that will ensue on the Spring Fever Tour.”

Pre-sale tickets will be available starting January 8, 2013 at PierceTheVeilTix.com and, for members of All Time Low's fan club, at the All Time Low Hustlers website.

DATES
Spring Fever Co-Headliner Tour with All Time Low, Mayday Parade, & You Me At Six