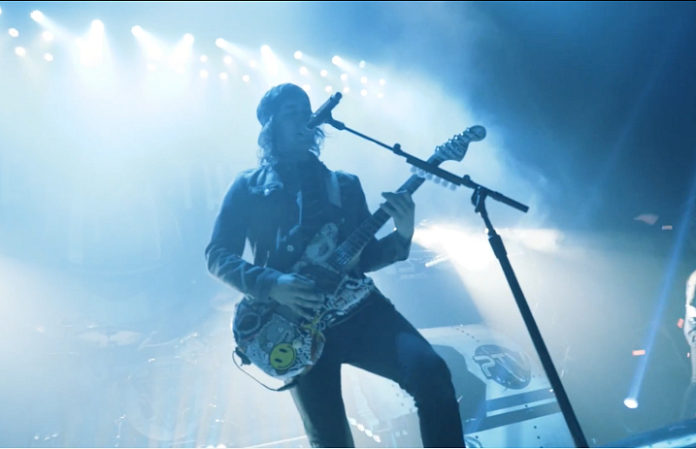 Pierce The Veil just dropped an awesome new music video for “Dive In” with tons of behind-the-scenes footage from their most recent tours.

Pierce The Veil have had quite the year. After releasing their long awaited new album Misadventures back in May, the group embarked on a world tour in support of the album, playing their new record in full.

“We wanted to celebrate our new album by putting on a once in a lifetime performance for our fans and offer them something that we've never done in the past.  Playing an album live in its entirety is a rare and unique experience,” says Pierce The Veil frontman Vic Fuentes. “It's special because it usually only happens once, and then it's gone forever.  We look forward to sharing these new songs and seeing everyone at the shows.”

They spent the fall on the road with Neck Deep and I Prevail, and back in October it was announced that their album Collide With The Sky was certified Gold.

Check out the video below, and let us know your thoughts in the comments!

Watch more: “I wanted each song to have its own story,” says Pierce The Veil on writing Misadventures