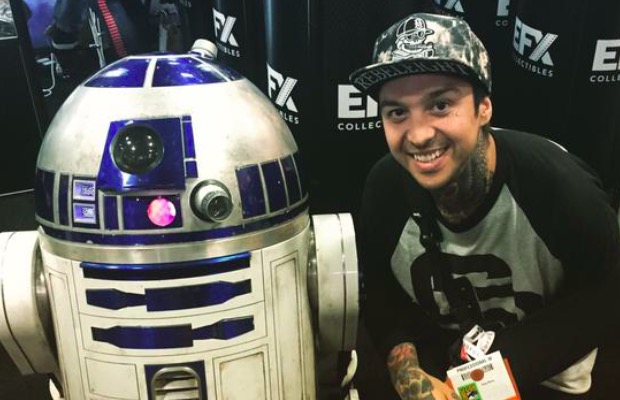 Due to a recent mountain biking incident, Pierce The Veil's Tony Perry is unable to accompany the band on their Warped Tour stint this summer. While he has spent most of his time away from PTV recuperating, he managed to join AltPress Senior Editor Ryan J. Downey

for some fun at San Diego's Comic-Con this weekend. Even at a place such as that, he was stopped by many fans asking for pictures and details about PTV's new album. As you can see via the pictures below, he kicked it with characters such as R2-D2, Darth Vader, Teenage Mutant Ninja Turtles stars Raphael and Master Splinter, along with others.

Read more: Pierce The Veil and Blessthefall are battling for a bowling trophy

. @superherohq got me out of the house today and introduced me to some interesting friends at #sdcc