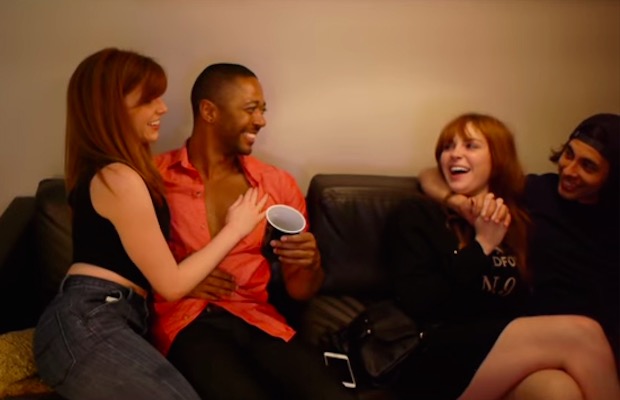 In anticipation of their first album in six years, Third Eye Blind have released a cover of Beyonce's “Mine,” with a music video to boot. If you pay close attention in the clip, you might see a familiar face: Pierce The Veil's Vic Fuentes.

If you keep up with the Pierce The Veil frontman, then you probably know his love for 3EB is no secret. When we handed our Spotify playlist reigns over to him in May of 2013, he claimed that the band's self-titled LP is his favorite album of all time. He also recently spent some time co-writing with the band, which he touched on in PTV's latest AP cover feature.

Check out the video below and see if you can spot Vic partying it up with some friends.