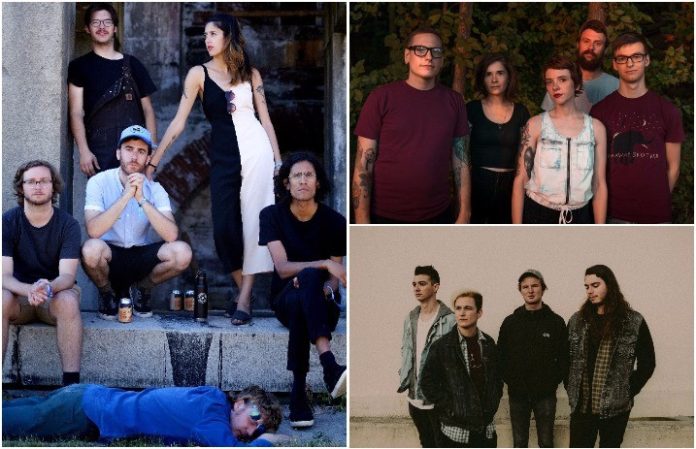 Hear a new song from Pinegrove—plus, watch music videos from My Enemies & I, Machine Gun Kelly and Northern Faces. Check out the news you might have missed today below!

To celebrate wrapping up their summer recording sessions, the track “considers distance and the outer rim of the magnet's pull; how the size of the world can bring our personal relationships into focus” says the band’s Evan Stephens Hall.

2. My Enemies & I have released a music video for the title track off their debut album, The Beast Inside.

The Beast Inside is out tomorrow, Nov. 3.

3. Looming announced that they’ll be hitting the road with Pale Lungs in January.

Excited to announce that we will be touring with the very talented @loomingband. See you all in January! @IAGBooking @nosleeprecords pic.twitter.com/J5Q99PE37D

Their winter run kicks off January 20 in Atlanta, GA and wraps up February 3 in Nashville, TN.

The track is taken from MGK’s new album, bloom.

5. Northern Faces debuted a music video for their latest single, “Messin’ With Me.”

The track is taken from their upcoming full-length Fingers Crossed.