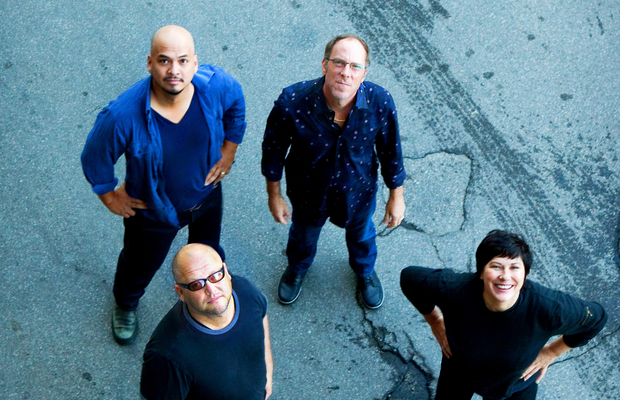 The Pixies have debuted a second music video for “Bagboy,” the group's new single and first since 2004, which they released last month.

While the track's original video, directed by Lamar + Nik, was live-action, the alternative video, created by Kestrel Media, is animated, and based on an art piece by Vaughan Oliver, which inspired the name of the song. Watch the new new video for “Bagboy” below:

Pixies frontman Black Francis told Rolling Stone, who premiered the new video, that the band “didn't set out to have two music videos for 'Bagboy,' but once we saw both of these, we knew we didn't want to use just one.”

“Bagboy” features Jeremy Dubs of The Bennies on vocals, in place of longtime bassist and vocalist Kim Deal. Deal, who has been actively touring with her other project, The Breeders, announced last month that she would leave the Pixies after 25 years. Kim Shattuck, frontwoman of The Muffs, will take Deal's place for all upcoming shows.

In gearing up to make their return to live performances, the band have also joined the world of social media, launching Twitter, Instagram, and Vine accounts, all with the username @TheActualPixies, as announced by Francis from his own Twitter:

Hey Ho. Joey and David and Kim Shattuck and me got a joint Vine/Twitter thing going on. @theactualpixies


Though the band already has a verified Twitter account, @Pixies, the singer referred to it as the “military” wing, likely indicating that it is run by the label and not the band members themselves.

On the heels of the recent announcement that the Pixies would replace Motörhead on the lineup for the upcoming Chicago Riot Fest, the group have also added a string of dates in Los Angeles and New York, ahead of their fall European tour. Check out the full routing: