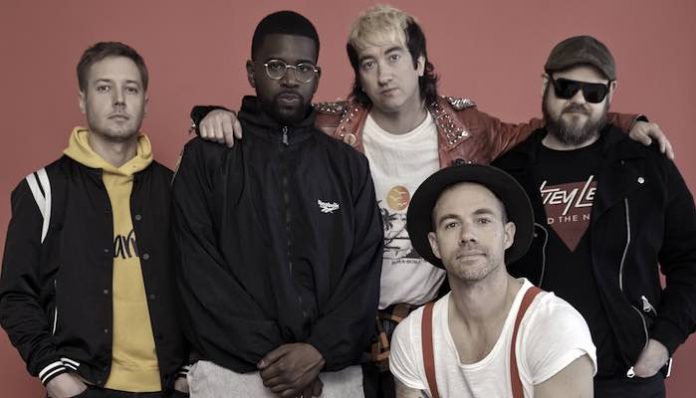 It has been 15 years since the release of the critically acclaimed Plain White T’s album All That We Needed. To celebrate, Craft Recordings has announced an expanded edition of the album that features unreleased recordings.

Reissued digitally across all major streaming and digital platforms, the album will be released on April 10th. Included in this new edition are five previously unreleased live acoustic performances of “Revenge,” “Breakdown,” “Take Me Away,” “All That We Needed” and “Hey There Delilah.”

The album is available now to pre-save and to celebrate the release, Plain White T’s have debuted a new lyric video for their Grammy-nominated single “Hey There Delilah.”

Released in January 2005, All That We Needed is their third studio album and includes the original recording of “Hey There Delilah.” It is also the first album to feature the band’s current lineup of singer Tom Higgenson, lead guitarist Tim Lopez, rhythm guitarist Dave Tirio, bassist Mike Retondo and drummer De’Mar Hamilton.

“Hey There Delilah” was released as the album’s third single in May 2006. As the song continued to gain momentum, the band re-recorded the track. Editing the ballad with a string section from cellist Eric Remschneider, the single eventually peaked at No.1 on the Billboard Hot 100.

Due to the popularity of the single, All That We Needed was certified Gold by the RIAA. “Hey There Delilah” earned Grammy nominations in 2008 for Song of the Year and Best Pop Performance by a Duo or Group.

In an interview this January with Nylon, frontman Tom Higgenson talked about the legacy the song has had.

“It’s like [‘Hey There Delilah’] never went away. It’s still important to people and part of people’s lives,” he shared.

Over the years, Plain White T’s have released five more studio albums with hits like double-platinum “1,2,3,4” and platinum “Rhythm of Love.” Their most recent studio album Parallel Universe made its debut in 2018.

In 2019, to help celebrate the 25th anniversary of Fearless Records, Plain White T’s put out an exclusive seven-inch. The pressing includes “Hey There Delilah” and “Light Up The Room” and has artwork that was custom created by the band.

We do apologize for this…Stay safe everyone 🖤 Venues will be reaching out for refund information soon.

Fans can also catch Plain White T’s on television this month. The band will be guests on ABC’s The Bachelor Presents: Listen To Your Heart Monday, April 13 at 8 p.m. EST/7 p.m. PST.