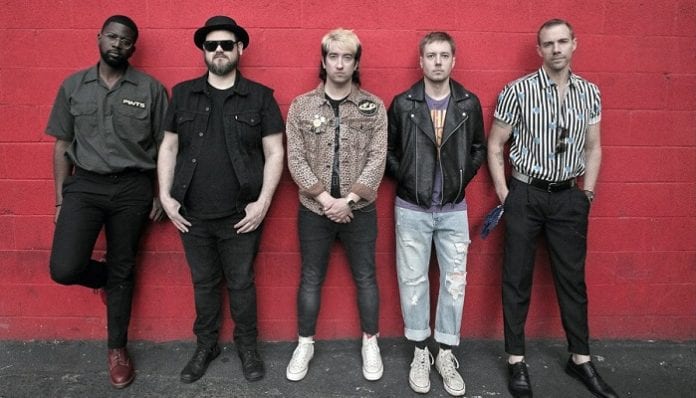 If you were alive in 2005, you’ve heard Plain White T’s‘ massive hit “Hey There Delilah.”

It’s not a question, you have to remember it. The track tells the story of a guy who’s in love with a girl from New York City. They live pretty far from each other, and he’s glad planes, trains and cars exist, even though he’d walk to her if there was no other way.

Anyway, I digress. What matters is: The iconic song is being turned into a TV show.

Read more: 17 songs you didn’t realize were a decade old

Have you started crying already? Because I have.

Plain White T’s are teaming up with Lively McCabe Entertainment for a TV show, which will expand on the story within the song.

“It’s been more than a decade since ‘Hey There Delilah’ was released, and people always ask me about it. A whole lot of people really connected with that song, and I’m very proud of that,” explains Higgenson.

“I’m so excited to have an opportunity to give a new generation the chance to form their own connection with the song, and fall in love with its story through this new project,” the musician continues.

McCabe Entertainment’s Co-President Michael Barra, who assisted Higgenson with the concept, also shared his thoughts on the project.

“‘Hey There Delilah’ is a perfect example of an iconic story song that has introduced characters and a premise to a massive multi-generational audience, and is begging to be expanded into a full-length story for contemporary television audiences,” he says.

This isn’t the only Plain White T’s-related story announced today!

However, before we go on with some tour news, please turn the volume up and picture what’s going to happen in the series:

Plain White T’s also announced they are going on a fall headlining tour on support of the band’s upcoming album, Parallel Universe, out Aug. 24 on Fearless Records.

The band are hitting the road in October and November with support from Armors, Say We Can Fly and A Summer High. Tickets go on sale this Friday, Aug. 10, and you can grab yours here.