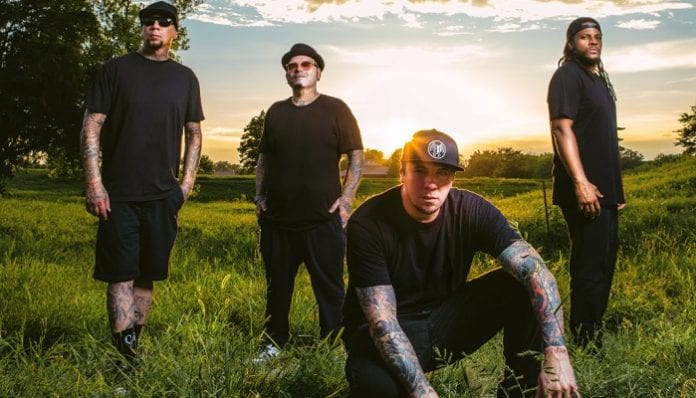 P.O.D. are sharing the title track from their upcoming album, Circles.

Listen to the song in full below!

“Circles” is the third track the hard rock/rap group are releasing off their forthcoming album, following the lead single “Rockin’ With the Best” and “Soundboy Killa.”

P.O.D. have shared the hard-hitting song about trying to get out of an unhealthy cycle and feeling stuck via Loudwire, explaining it “is a culmination of 26 years of P.O.D.”

“It’s neither old school or new, just a sound we’re familiar with and have helped pioneer throughout our career,” singer Sonny Sandoval says. “When you hear it you know it’s P.O.D.”

Circles is P.O.D.’s first album since 2015’s The Awakening and will be out Nov. 16 on Mascot Label Group. You can pre-order it here.

“We just wanted to play and write songs that we hope are relevant and catchy to a new audience—while, at the same time, still being true to ourselves,” Sandoval shares about the record.

“We are touring and making music because it still means something to the people that are coming out to see us, and people that are still listening to our music,” he continues. “We’re humbled, we’re grateful, and we’re thankful for people that still enjoy what we’re doing.”

Listen to the song and check out the tracklisting for Circles below: