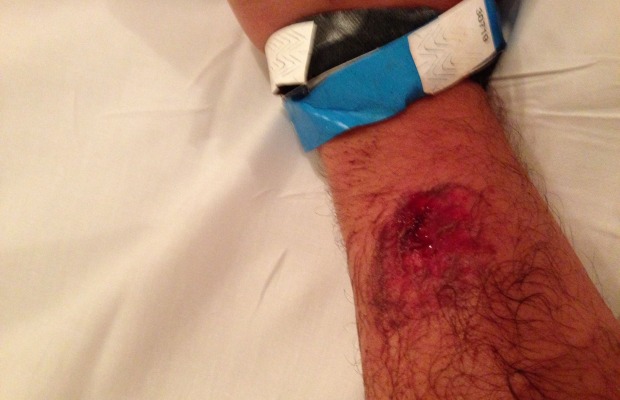 According to Red Eye Chicago, police have apprehended the man who allegedly attacked and severely bit a Lollapalooza attendee earlier this month.

Sergio Vicenteno, 33, was arrested Wednesday and charged with biting a man while he was watching an Arctic Monkeys concert on Friday, Aug. 1. He was arraigned at the Cook County Criminal Courthouse Thursday, where a judge ordered him held in lieu of $60,000 bond, reports Red Eye.

Earlier this month, 29-year-old Ben Lenet was severely bitten by an unidentified attacker during Arctic Moneys’ set at Lollapalooza. He had initially took to Reddit and described the attack, in an attempt to identify his assailant:

“Me and two other friends are enjoying the show and have even made some friends around us. The mood of the crowd is really happy and a nice departure from the normal drunken debauchery. Suddenly, I turn around and some guy none of us have ever seen or spoken to, without warning, body slams my friend and begins using his hands to choke him. My other friend begins hitting the assailant in the face. I come from the other side and place my right arm on his right arm and my left arm on his right shoulder, trying to pull him off. The attacker then turns his head and clamps his teeth into my arm for a good 5 seconds. He’s not nipping at me. He’s trying to bite through my arm. At this point, all three of us are hitting him, trying to get him off me.”

Lenet was taken to St. Joseph Hospital and given a tetanus shot and antibiotics. He was also tested for HIV and Hepatitis.

Vicenteno was charged with two counts of aggravated battery at a public venue. Here’s his mug shot: 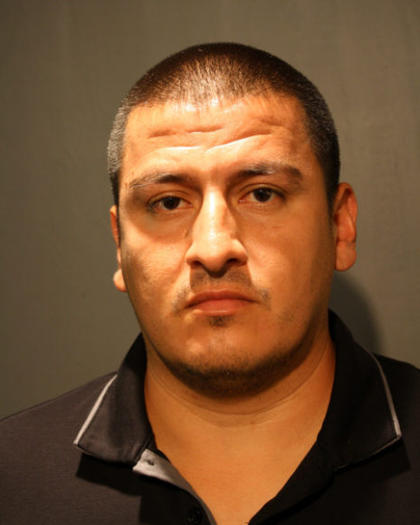