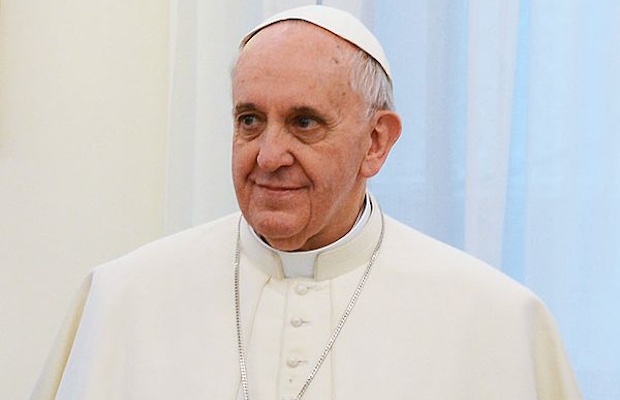 In what will likely be the strangest news that AP runs this weekend, Pope Francis is releasing a rock album called Wake Up! on November 27. No, this is not a joke. Yes, we're serious.

If you don't believe us (which, frankly, is understandable given the subject matter), listen to the five-minute single from the album, called “Wake Up! Go! Go! Forward!”, below. You'll find that it is a real song that actually exists. You can also pre-order the album on iTunes, here.

The 224th Pontifex of the Catholic Church is currently visiting the United States and making his rounds about the Eastern seaboard. Pope Francis is currently in New York, where he has visited the 9/11 Memorial, and will conduct a mass at Madison Square Garden tonight.