Congrats are in order for Poppy and Ghostemane. The singer and YouTube personality confirmed on social media that she and Ghostemane are engaged.

On Thursday, Poppy shared a photo on Instagram of her new engagement ring.

The couple has managed to keep a low profile with their relationship. Both artists also recently removed all old photos from their Instagram accounts. However, a rep for Poppy has confirmed that the couple is engaged.

Poppy also took to Twitter on Thursday to share the news through the use of wedding-themed emojis.

The singer also shared a photo on her Instagram story with Ghostemane. The photo reveals her unique and beautiful engagement ring. 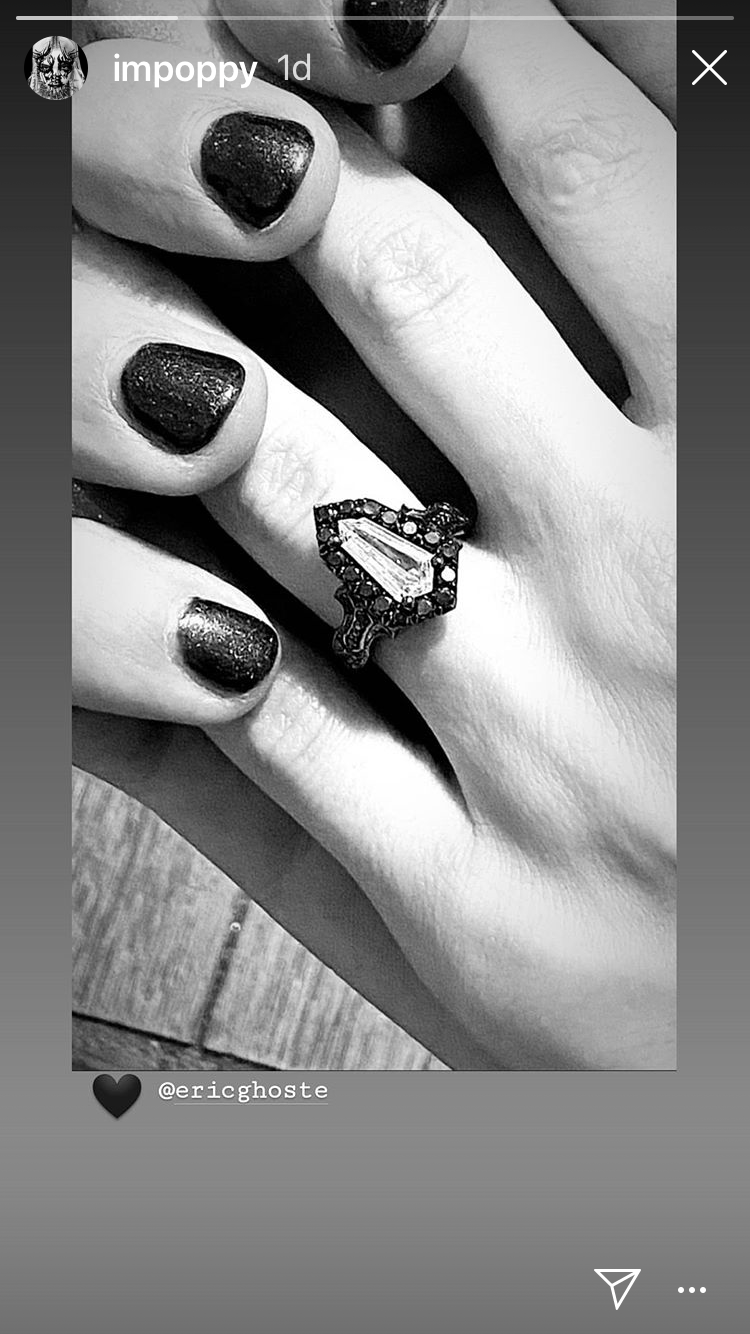 Following the news of the engagement, fans quickly turned to Reddit to share their thoughts on the upcoming wedding. Poppy is known for her unique style both on stage and in her wardrobe. Due to this, some fans think that her wedding dress will be anything, but traditional.

“I think we can all agree the wedding dress is probably going to be absolutely nuts if it happens,” Reddit u/CapnSquinch says.

Another fan points out her engagement ring and how it is very fitting for her style.

“I know it’s not your typical engagement ring but Poppy is anything but typical,” Reddit u/we_appreciate_power says.

Is Poppy engaged? from r/that_Poppy

Back in March, Poppy debuted her cinematic music video for “Sit/Stay.” She has also been using her YouTube platform to share new videos regarding her everyday makeup and skincare routines.

In May, Ghostemane returned to black metal with his new side project Baader-Meinhof. His new self-titled EP out via Blackmage Records features three original songs entitled “Evil Lives,” “Stuck In The Hard Place” and “To The Grave.”

What are your thoughts on the new engagement? Let us know in the comments below.