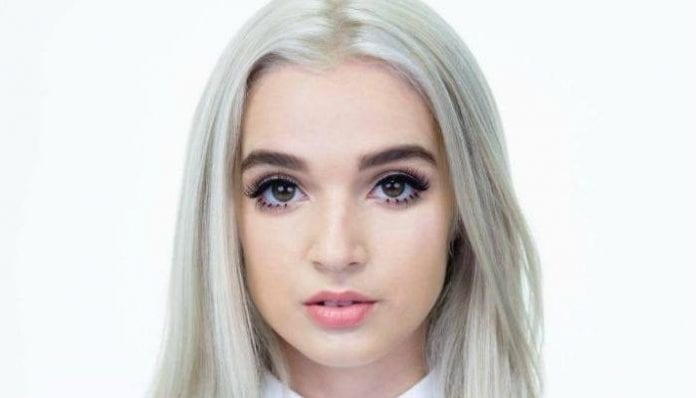 From Poppy’s latest album Am I A Girl?, “Play Destroy” features indie-electronic artist Grimes. In combination with the pair’s signature electronic and vaporwave sound, the two powerful electro-pop princesses of the future have delivered the ultimate nu-metal banger.

So sit back, take it all in and rock the heck out — Don’t worry, we aren’t judging.

Serving as Poppy’s ode to self-destruction “Play Destroy” takes on a dark, twisted connotation. Masked by signature K-Pop-esque vocals and a theme that sounds like it was straight out of The Machine Girl, Poppy and Grimes talk about blowing up a Walmart and setting fire to your neighbor’s gas tank. You can listen to the track below.

Am I A Girl? is Poppy’s second studio album, which follows her debut record, Poppy.Computer. While still holding true to her previous bubblegum-pop vibe in some aspects, Poppy didn’t hesitate to take on an entirely different sound. While her latest effort in tackling nu-metal may seem like an awkward step in the wrong direction when taken out of context, Poppy instead makes her latest project seem only natural.

Poppy’s album was released Oct. 31 and you can stream or download it on all digital platforms.

In addition to this feature, Grimes is set to appear on Bring Me The Horizon’s “Nihilist Blues,” from their upcoming album Amo.

“This is an example of us really going for it on this record,” Bring Me The Horizon’s keyboardist shares of the song. “It’s like this dark rave song or something–it’s absolutely mental, and it might be my favourite on the whole album.”

What do you think about Poppy’s new sound? Let us know in the comments below.