Poppy and Titanic Sinclair have finally settled their lawsuit with Mars Argo. Argo (formally Brittany Sheets) was accusing of the pair of copyright infringement and abuse.

The settlement includes, but is not limited to, an agreement for Sinclair (formally Corey Mixter) to delete photos of Argo, resist public comment and cease all communication with her. According to NME, Argo has yet to comment on the settlement.

“All parties have agreed to mutually walk away from any and all claims that either party might have asserted with no money exchanging hands,” a statement reads.

To clarify, Argo and Sinclair used to be in a romantic relationship. The pair also used to collaborate. During their time together, the two created almost 100 YouTube videos that closely resemble Poppy’s artistic direction. Since Argo’s separation from Sinclair, she has accused him and Poppy (formally Moriah Pereira) of copying ideas that she and Sinclair originally made for her career.

“Both Mr. Mixter [Titanic] and Poppy are frauds,” Argo’s lawyer Matthew Umhofer says in a story with NME. “Their only artistry is con artistry: Their only original creation is the suffering they’ve caused my client.”

“From November 2014 to the present, through the Poppy project, Mr. Mixter and Ms. Pereira as Poppy, deliberately copied Mars Argo’s identity, likeness, expression of ideas, sound, style, and aesthetic in YouTube segments, music videos, live performances, internet videos, and other performances or shows,” the lawsuit reads.

You can read the legal documents, obtained by NME, here.

Poppy claimed that Grimes bullied her during the process of creating the song.

“I was kind of bullied into submission by [Grimes] and her team of self-proclaimed feminists,” Poppy says in an interview with Billboard. “We planned the song coming out months ago, and she was preventing it. I got to watch her bully songwriters into signing NDA and not taking credit for songs that they were a part of. She doesn’t practice what she preaches.”

Grimes then responded to Poppy’s claims, saying that she never wanted to release “Play Destroy.” In fact, Grimes said she and her team went as far as to leak the song.

“Poppy, you dragged me into a disgusting situation and won’t stop punishing me for not wanting to be a part of it,” Grimes says in an since-deleted instagram story. “I don’t want to work with you, you leaked the song anyway. u got what you want. Let it go.”

What do you think about the lawsuit between Sinclair, Poppy and Argo? Sound off in the comments below. 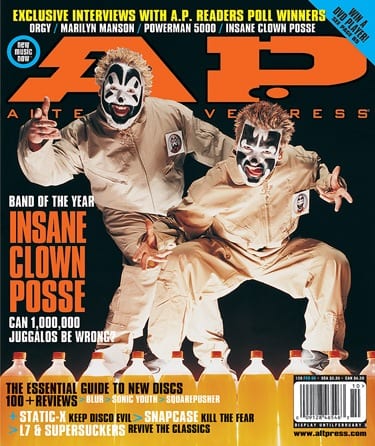