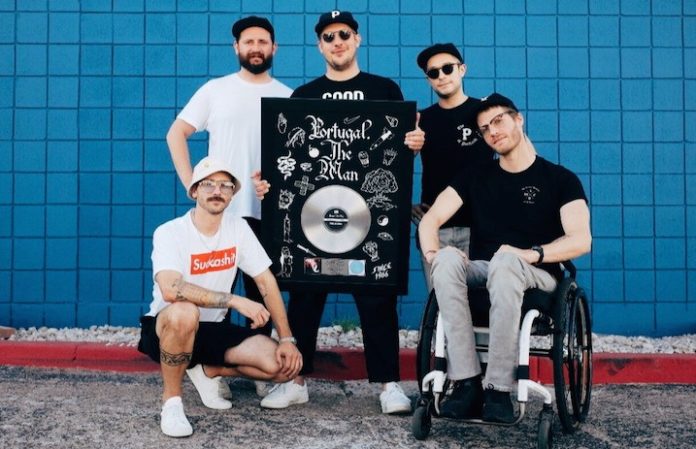 Portugal. The Man are offering a bit of explanation behind the “Hail, Satan!” shout-out they tacked onto their Grammys acceptance speech when picking up the award for Best Pop Duo/Group Performance last month.

Following PTM bassist Zach Carothers' otherwise conventional speech when accepting the prize for their massive 2017 single “Feel It Still” at the 60th Annual Grammy Awards—he thanked label personnel, his family, and acknowledged the band's hometown upbringing—the musician ended his delivery by exclaiming, “Hail, Satan!” Now, Carothers explains the remark to radio station 91.9 WFPK, as pointed out by Consequence Of Sound:

“Yeah, I said, 'Hail, Satan!'” he affirms. “I thought it was something funny to. Something I always wanted to do.” Carothers goes on to offer a seemingly tongue-in-cheek take on the music industry power of the Illuminati.

“The illuminati doesn't really have as much power as people think they do in Hollywood. They do have the best parties. But as far as, like, getting ahead and deals with the devil, it's really not that great. It's just kind of a secret publishing company. They're like a PR firm that had their time, but they've kind of been watered down like so many things.”

He adds, “The illuminati had their moment.”