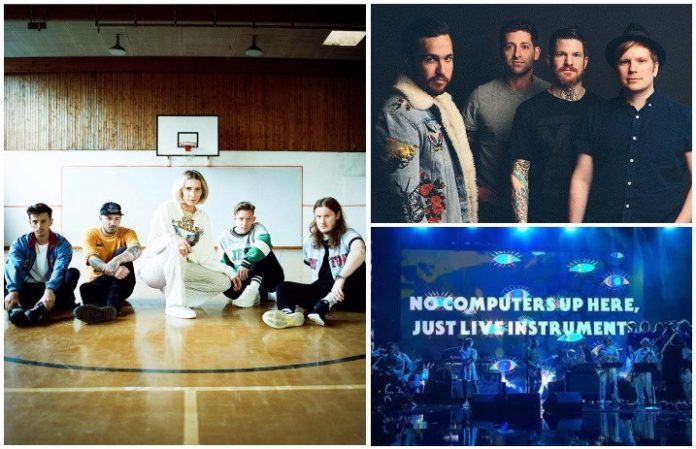 Listen to new music from Icarus The Owl —plus, don’t miss record announcements from Fall Out Boy and Fickle Friends. Check out the news you might have missed today below!

Read more: Everything coming to and leaving Netflix in December

1. Fall Out Boy's “Yule Shoot Your Eye Out” included on Christmas EP

Fall Out Boy's “Yule Shoot Your Eye Out” has been included on Island Records' four track holiday EP, This Is Christmas. Other artists on the record include Elton John, The Vamps and Nick Jonas. You can listen to the EP here.

2. Portugal. The Man's “Feel It Still” ties record for longest-leading No. 1 on the Alternative Songs chart

“Feel It Still” is spending its 19th week at No. 1 and is currently tying Muse's “Madness” for the longevity mark, a record that lasted nearly five years. The track will pull ahead if it stays at the top next week, breaking the long-standing record. This news comes shortly after Portugal. The Man's impressive AMA's performance.

Portland-based Icarus The Owl have shared their brand new single, “The Renaissance of Killing Art,” from their forthcoming album Rearm Circuits. The record will be released Dec. 1 and you can pre-order it here.

4. Fickle Friends announce debut album, You Are Someone Else, and UK tour

The UK indie-pop band will drop You Are Someone Else on March 16. If you pre-order the record before the end of tomorrow you'll get a thank you from the band in the liner notes, but there's also a 'no purchase necessary’ option here. They have also announced an extensive UK tour that will kick off Feb. 26 in Cardiff.

Portland indie/alternative quintet Acadia have signed to Innerstrength Records and announced their upcoming EP, All Heart, which will drop Feb. 2. The band’s lead single, “Dryspell,” is a good idea of what to expect from the record.