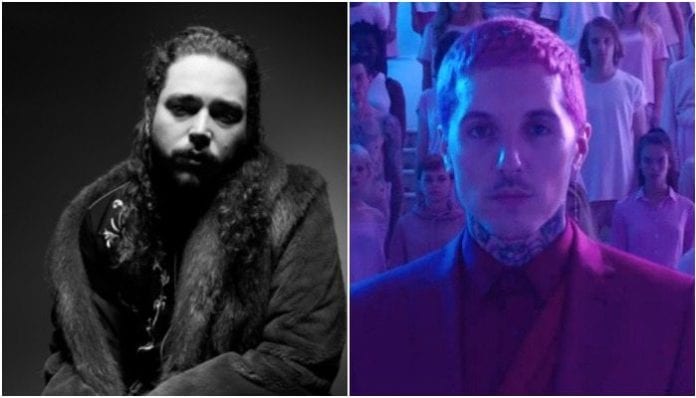 It looks like a Bring Me The Horizon x Post Malone collaboration could actually be in the works.

Read more: Are Post Malone and Bring Me The Horizon collaborating?

The rumors of the potential collaboration started pouring in after a fan’s since-hidden tweet went viral discussing the matter:

“I don’t want to see none of y’all normies start listening to BMTH just because they’re collabing with Post Malone,” they wrote. “Y’all just wanna hop on the ’emo’ wave now [because your] fav. artists normalize it but y’all use to make fun of us in middle school.” — bloody sabbath? (@odd_future09)”

The tweet quickly gained attention, by the way of over 14k tweets, before the user made their account private. While the tweet may be hidden from the world, fans have quickly chimed in on the matter.

Bring Me the Horizon & Post Malone are collaborating. Idk if I should be mad or happy. Will emo become mainstream? Will heavy bottom eyeliner make a come back? So many questions. pic.twitter.com/FRgchpvEzQ

i aint saying it should happen but if Bring me the Horizon made a collab with Post malone it would feel as if the 12 year old me from 7 years ago, would be hanging out with the 12 year olds today

Rumor has it that bring me the horizon might be working on a song with post malone…. pic.twitter.com/F6vDG5Ha37

post malone is doing a collaboration with bring me the horizon the simulation is glitching im so scared pic.twitter.com/KSGjTrQqIn

An official collaboration between the two has yet to be confirmed, but that doesn’t mean there haven’t been hints dropped of a potential collab.

Back in January, we reported that a BMTH and Posty collab could be in the works – thanks to an Instagram post made by BMTH frontman Oli Sykes.

“We good to go,” the BMTH vocalist shared, tagging Post in the caption. The picture didn’t give way into much, as the accompanying photo appears to show Sykes’ gaming setup, the start screen for GTA Online lighting up a projection display in the room.

We good to go @postmalone

While that didn’t give us much information, this photo Sykes posted the other day did hint that the two were hanging out.

Could this mean a collaboration is happening? We like to think so.

Would you like to see a Post Malone and Bring Me The Horizon collaboration? Sound off in the comments.