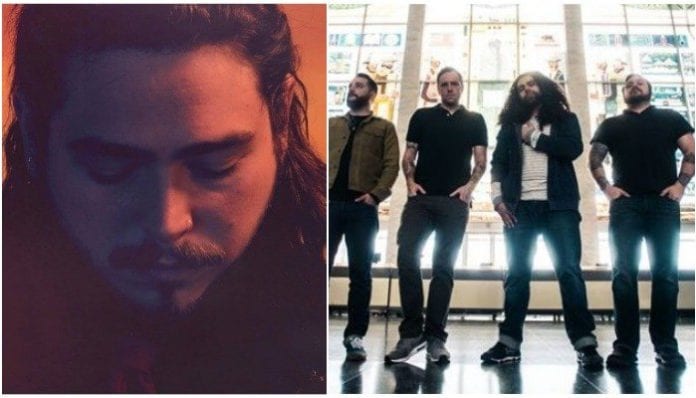 As we know, he’s pretty interested in the scene (remember that time he and Bring Me The Horizon potentially did a collab? Or the iconic Twitter exchange between him and Underoath? What about the suspected collab with Power Trip?!)

With all of his prior dips into the scene, we can’t say it would be impossible for Post to ever consider joining a band for a collaboration…After all, we all know Post is a scene kid at heart.

To indulge our dreams of a Post x any band in our scene ever doing a collab, a video surfaced yesterday (Aug 1.) of the rapper tackling a quick guitar cover of Coheed And Cambria‘s 2005 track “Welcome Home.”

Looks like @PostMalone is at it again. #welcomehome https://t.co/R3NMPNpD4i

Of course, what’s the internet without a little drama?

Shortly after the band shared the tweet, some fans speculated that the band thought the cover was a sign of disrespect. To clear the air, Coheed drummer Josh Eppard took to Twitter to share:

“How could anyone even take this as an ounce of disrespect? He’s one of the biggest stars in the world. We just played with him. I can’t even imagine, for the life of me, how this could even be viewed as disrespectful. Clearly, we were excited he was rocking our song.”

After Eppard’s tweet, Post took a moment to tweet back, sharing that even though he messed up the song, it’s one of his favorite tracks to jam to:

“I love you guys!! was piss drunk and fucked it up but this and the suffering my faves to jam to”

Once finding out that piece of information, Eppard immediately offered for Post to join the band at next week’s show in Irvine, California to play “Welcome Home” with the band.

Malone has yet to respond (well, publicly) to Eppard’s tweet, so we’re not entirely sure if this collaboration will happen, but we so wouldn’t mind seeing the two join forces on the track.