Last year, Post Malone teamed up with Crocs for a first collab that actually made total sense.

Since then, the rapper has gotten his own creepy doll and a tattoo-adorned Funko Pop!. He also just announced he’s rolling out his own cannabis company, Shaboink.

Between those endeavors and his music, Posty has been quite busy. But that’s not to say he’s too busy for one of his favorite shoe companies, Crocs.

Yesterday, Post revealed he was teaming up with the shoe brand for another exclusive round of slip-ons.

“releasing an exclusive #PostMalonexCrocs for Australia only. Available 9th of May @ 10am AEST through the link in my bio and at the culture kings Sydney location. QUANTITIES ARE LIMITED 🙂 @crocs @crocsaustralia ??”

UPDATE – SOLD OUT releasing an exclusive #PostMalonexCrocs for Australia only. QUANTITIES ARE LIMITED 🙂 @crocs @crocsaustralia ?? photo by @adamdegross

As stated, the shoe is exclusive to Australian Crocs fans. It will drop May 9 at 10 a.m. AEST on Croc’s AU website. It will also be available in-store at Culture Kings in Sydney. The product has limited quantities, and it is restricted to one per customer. 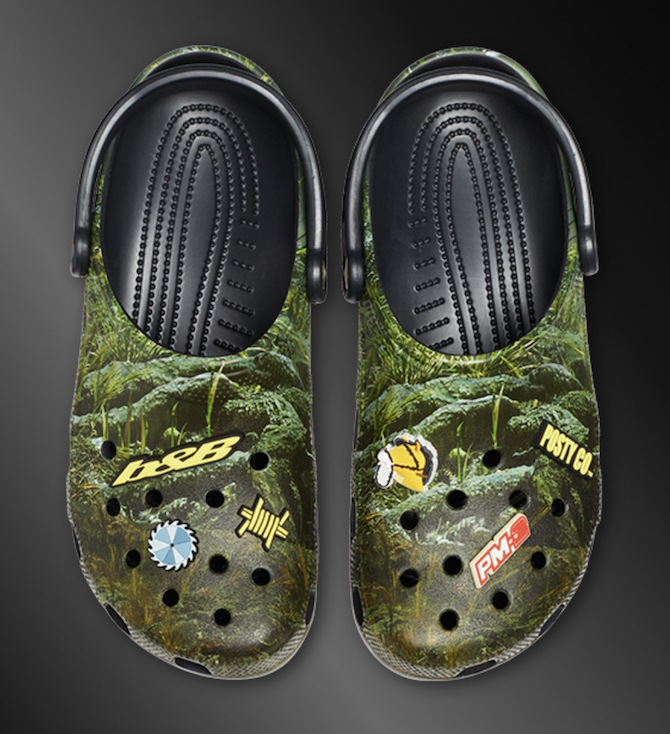 As stated previously, Post Malone and Crocs first teamed up in November and again in December. While some may have been surprised by his love of the shoe, the rapper has been loyal to the brand for quite some time.

He even once shared the importance of the addition of jibbits, writing, “u can tell a lot about a man by the jibbits on his crocs.”

He also revealed in 2015 that his Crocs are the best shoes he owns.

The first collab sold out pretty quickly and eventually ended up reselling for 10 times the value.

The brand then released a second collab in December.

Post Malone has a string of upcoming shows in Australia, Europe and the U.S. You can check out the U.S. dates below and grab tickets here.

What do you think of Post Malone and Crocs teaming up again? Sound off in the comments below!