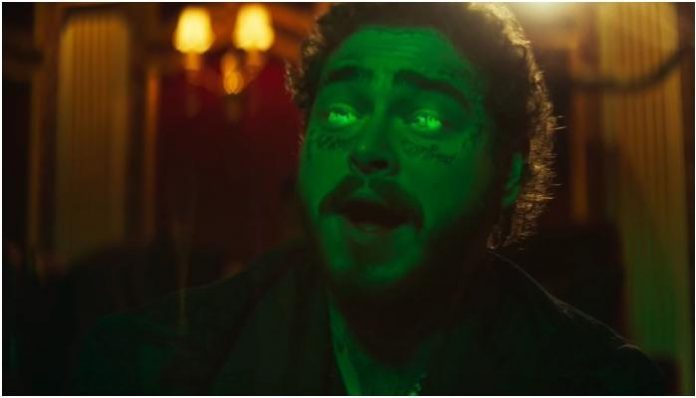 Post Malone has a new name thanks to a new Doritos ad for their Flamin’ Hot Limon flavored chips.

The rapper posted the commercial on Instagram to reintroduce himself.

In the video, Post is amazed by the flavor the Dorito’s Flamin’ Hot Limon chips and is renamed Post Limón. He also goes so far as to get it tattooed on his face because of course, he would.

The rapper posted the ad on Instagram with the captions saying “Allow me to introduce myself.”

allow me to introduce myself. #PostLimon @Doritos #ad

Check out the official advertisement below.

Along with making commercial appearances, you’ll soon be able to catch the singer on the screen starring with Mark Wahlberg in a new Netflix action movie Spenser Confidential.

The film was announced in 2018 and originally dubbed as Wonderland.

Directed by Peter Berg, the movie is based off Robert B. Parker’s novel Wonderland and follows an action-packed comedy about an ex-cop determined to get justice for two old friends.

“Spenser (Wahlberg) — an ex-cop better known for making trouble than solving it — just got out of prison and is leaving Boston for good,” the film’s synopsis reads. “But first he gets roped into helping his old boxing coach and mentor, Henry (Alan Arkin), with a promising amateur. That’s Hawk (Winston Duke), a brash, no-nonsense MMA fighter convinced he’ll be a tougher opponent than Spenser ever was.”

Check out the trailer here.

According to IMBd, the plot of the film follows H, a mysterious character, and who works for a company responsible for transporting large amounts of money around Los Angeles.

According to Hot New Hip Hop, Malone will be starring as one of the film’s criminals. Acting alongside Jason Statham (Fast And Furious), the rapper appears to be in the midst of a shootout.

Check out behind-the-scenes photos from the set here.

What do you think of Post Malone’s Doritos commercial? Let us know in the comments down below!