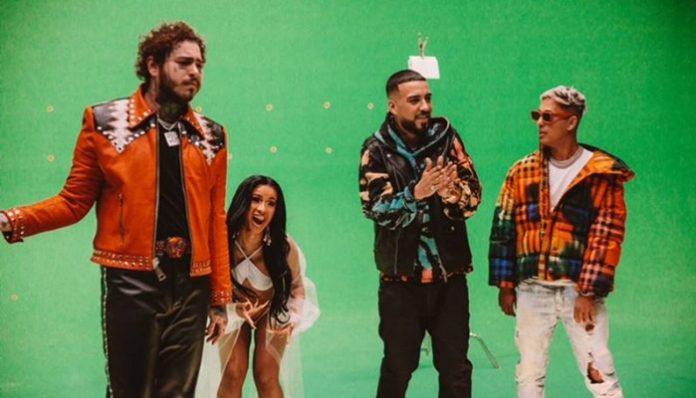 French Montana has released a new music video featuring Post Malone where the rapper is seen cruising motorcycles and stomping through a city as a giant version of himself.

Cardi B and Rvssian also feature on the track called “Writing on the Wall”.

Posty offers his signature vocals on the the bumping new track. You can see the the music video down below!

Also, the rapper recently released a video for his track “Saint-Tropez” which is basically just one massive flex. In the video, Posty raps in front of expensive cars and mansions, all while he’s adorned in jewelry and drinking champagne.

The video matches the second song on the new record, as the lyrics celebrate Malone’s huge success as a rapper and all that he’s been able to accomplish.

You can see the video for “Saint-Tropez” below.

Malone is currently on the road with Swae Lee and Tyla Yaweh. Tickets are available here with dates below.

What do you think of the new track featuring Post Malone? Sound off in the comments down below!