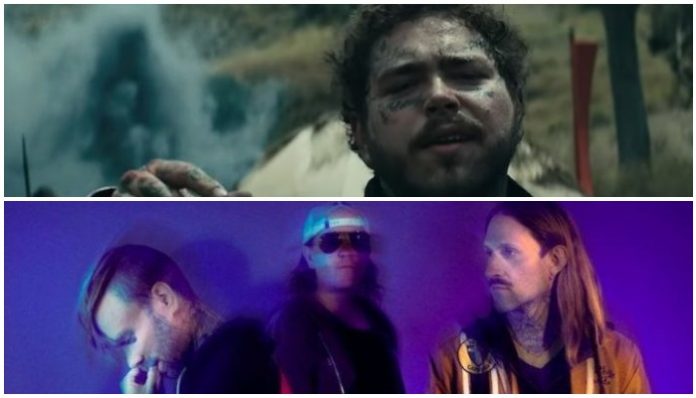 Everyone should know by now that Post Malone is a huge fan of metal and rock music and even covered Asking Alexandria with his high school band, but what would his vocals sound like over an emo track?

You don’t have to wonder what this would sound like, since someone has so graciously blessed us with a mashup of the rapper’s song “Hollywood’s Bleeding” and The Used‘s “All That I’ve Got.”

YouTuber Call It Clarity previously graced us with another Post Malone emo mashup with his track “I Fall Apart” and Hawthorne Heights’ “Ohio Is For Lovers.”

That mashup actually makes more sense than you’d think since Hawthorne Heights themselves said Posty would fit perfectly on one of their tracks. Back in 2017, the band’s account reached out to the rapper with a proposition.

“Yo @PostMalone, We have a song that you would be perfect on,” they tweeted. “Could help people, and be a positive impact during dark times. Let’s go.”

Yo @PostMalone We have a song that you would be perfect on. Could help people, and be a positive impact during dark times. Let’s go.

You can check out that earlier mashup below.

Now, the YouTuber is back with another awesome mashup that you’re going to want to listen to for yourself. With all of these emo Post Malone mashups sounding so good, we can only hope Post decides to make his own emo track for his next album.

Check out the mashup of “Hollywood’s Bleeding” and “All That I’ve Got” in the player below.

What do you think of the Post Malone and The Used mashup track? Let us know what you think in the comments below.