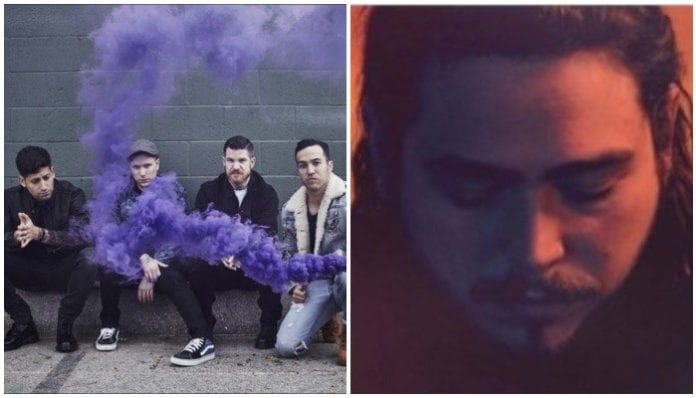 Back in November, Post Malone took to Twitter to reveal he wanted to release new music by the end of the year.

Tonight, the rapper made good on that promise with a week to spare by dropping “Wow.” While any new Post Malone tune alone is rad, he also gave one of our faves a mention.

Post Malone’s love of rock is no secret. He has hung out with Metallica, joked about a Panic! At The Disco face tattoo, gave us hope for a Bring Me The Horizon collab and performed with Aerosmith at the VMAs—all just this year.

Now, with the release of “Wow.” at midnight, we know he’s also a Fall Out Boy fan.

Check out the new song below.

Post Malone already has a big 2019 in store. In addition to some Grammy nominations, he’ll kick off the year on Dick Clark’s New Year’s Rockin’ Eve.

The musician will be in town Dec. 31, but instead of hitting the stage in Times Square, Posty will broadcast from his own show at Barclays Center in Brooklyn.

Halsey and Weezer will also perform during the broadcast. Ryan Seacrest hosts the main production from New York City and will be joined by Jenny McCarthy again. Actress Lucy Hale returns to hold it down in New Orleans, and Ciara will host from Hollywood.