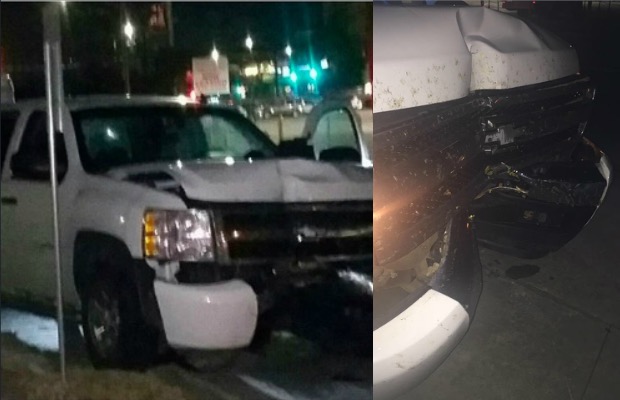 Louisiana-based post-hardcore band Viridian had a scary run-in with a gunman after their show in San Antonio, Texas early Sunday morning.

After loading up their van around 1:45 a.m., the band was confronted by an unidentified man who pulled out a gun and told them to drive their vehicle, reports Time Warner Cable News: San Antonio. In order to distract him and potentially save their lives, they made a decision to crash their truck.

The band recounted the event in a statement on their Facebook page:

“Please keep us in your thoughts. Curtis and Derek were robbed at gunpoint after our show in San Antonio. The thief put a gun to their heads and told them to drive. They made off with the vehicle, trailer, and all of our equipment. Derek and Curtis managed to crash the vehicle to distract the gunman and wrestle the gun away. We are currently trying to assess the situation. Thanks to the heroic actions of Derek and Curtis, we will keep you updated.”

The suspect managed to escape and, as of now, remains at-large.

Viridian formed in 2011. They have released two EP-length efforts and a stand-alone single, titled “Orpheus.” Their sound ranges from metalcore to alt-rock, which, overall, encompasses a very post-hardcore atmosphere.