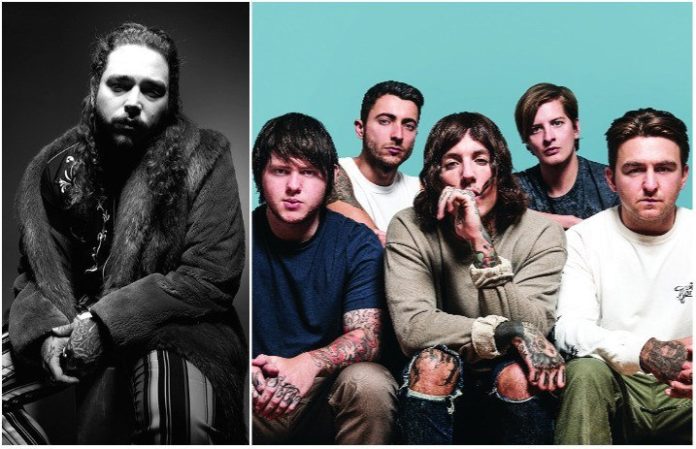 Is Post Malone working on something with Bring Me The Horizon's Oli Sykes? It looks like that may be the case, as Sykes recently posted an Instagram pic that sent fans reeling for a BMTH and Posty collab—check it out below.

“We good to go,” the BMTH vocalist declared on Thursday, tagging Post in the caption. And the accompanying photo appears to show Sykes' gaming setup, the start screen for GTA Online lighting up a projection display in the room. Could the two popular musicians possibly eke out some songs during their video game sessions, as posited by NME?

Post Malone and Sykes are obviously buds, and fans in the pic's comments are more than ready for this proposed team-up to drop: “This is the fucking collaboration of the century,” wrote one supporter; “If they ever made music together, I would die happy,” said another. And, hey, the idea isn't even that far off—after all, Post did play metalcore in high school.

Are you ready for a Post Malone and Bring Me The Horizon collaboration? Sound off in the comments.

We good to go @postmalone

UPDATE: Friday, Jan. 26, at 4 p.m. EST —
This post has been edited to add clarifying information.