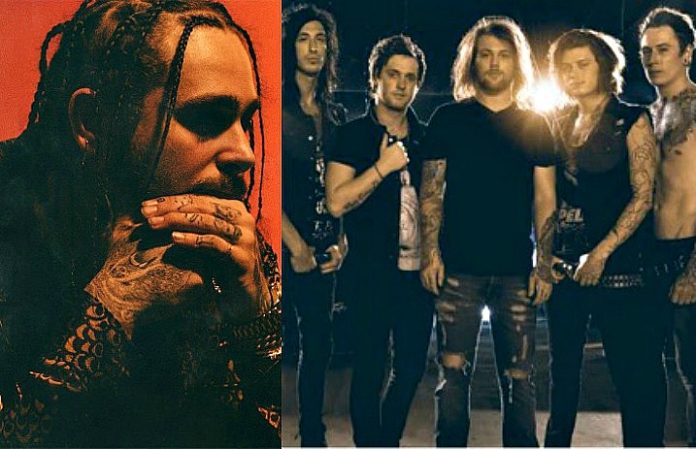 Sometimes you may find yourself asking, how can this be true? How did these seemingly different worlds collide? But then you remember that music tastes and influences are as unique as your person.

And that sure is the case for rapper Post Malone, who wholeheartedly embraced his inner crabcore during his high school years.

Thanks to our friends over at the Note To Scene Podcast, video has surfaced of what appears to be a young Post Malone, aka Austin Post, and his high school bandmates covering Asking Alexandria‘s “The Final Episode [Let’s Change Channel].”

Post can be seen slaying the guitar, and though you may not have known, Malone had once auditioned for the role of guitarist in Crown The Empire back in 2010 (see CTE’s interview about it below)! He’s also stated that he gained his love for multiple genres of music from his father, which lends to his unique style.

Just over a week ago, Post Malone was also seen posting up with Pete Wentz, only raising our suspicions on how much he could start popping up in our scene.

Anyhow, feast your eyes on what seems to be some rare footage of Post Malone and friends having a crabcore-ingly good time below, and not doing a half-bad job.

Maybe someday he can join Asking Alexandria on stage and jam with them in a unique collaboration.