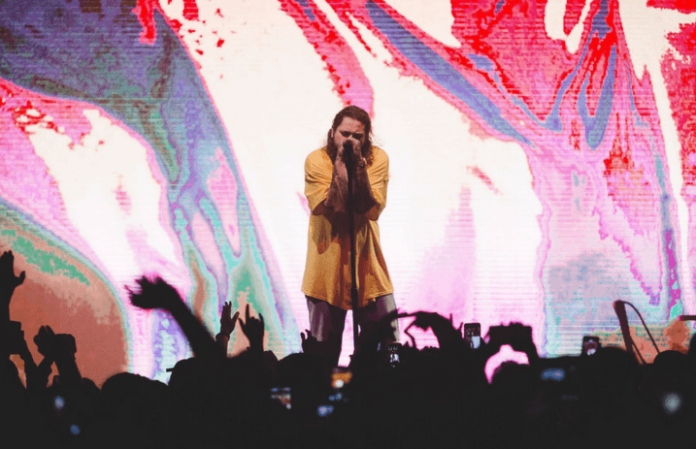 Rapper Post Malone is so hot right now. He’s appearing on tracks with everyone from Quavo to Lorde, and busting out his own singles solo on top of that. There’s no doubt he’s extremely successful right now, but perhaps his own fans need a lesson in being a little less rude. Or maybe they need better reflexes.

The rapper was on stage in St. Louis when he decided to make a running leap out into the crowd for some crowdsurfing after a graceful stage dive. Instead of being carried away, he instead crashed directly into the floor. Ouch.

You can see the moment it all went down in the tweet below, from someone right in the front. Looks like they moved out of the way, but didn’t make an attempt to help poor Post from falling on his face.

You can also check out how the event went down from a side view, too, which shows way too many people were on their phones to be ready to catch a human being. Maybe that’s something you have to watch for these days when no one is about to let their iPhone 8 fall to the floor and shatter so they can support a rapper. No way!

Luckily, there’s still a silver lining left for Post Malone, as his collaboration with 21 Savage, “Rockstar,” broke Apple Music’s records recently for most music streams in one week. He’s already laughing about it anyway, lamenting that he wishes he had Lil Uzi Vert’s body.

felt like jack black in school of rock tonight when i staged dived and nobody caught my fat ass. wish i had lil uzi body

We love you just the way you are, Post. Papa Bless!