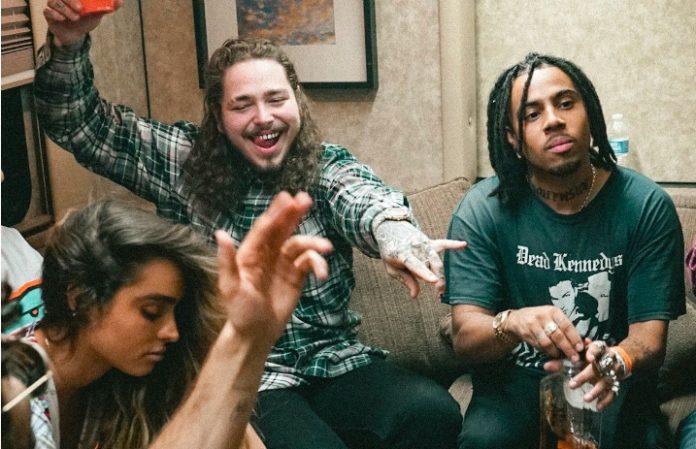 We’ve always known that Post Malone was deep into the scene, considering he was in a metalcore band back in high school and even auditioned to be Crown The Empire’s guitarist back in 2010. Can you imagine if he actually would have gotten it?

Malone was also featured in Fall Out Boy’s music video for “Champion” along with Russian skater Sewa Kroetkov and some llamas.

But now, we see Malone jamming out to Plain White T’s along with fellow rapper Vic Mensa. Considering the clip is only ten seconds, we want to hear the full cover or maybe even a live performance? Check out the clip below!

if you’re having a bad day, here’s a video of post malone and vic mensa singing hey there delilah together �� pic.twitter.com/lQZTm6eIWx

Even better, @VERRLUST posted some amazing photos of Malone and Mensa totally jamming out.

here’s some pictures i took while we had our sing along pic.twitter.com/qUbDczDVW5

What did you think of the cover? Let us know in the comments!