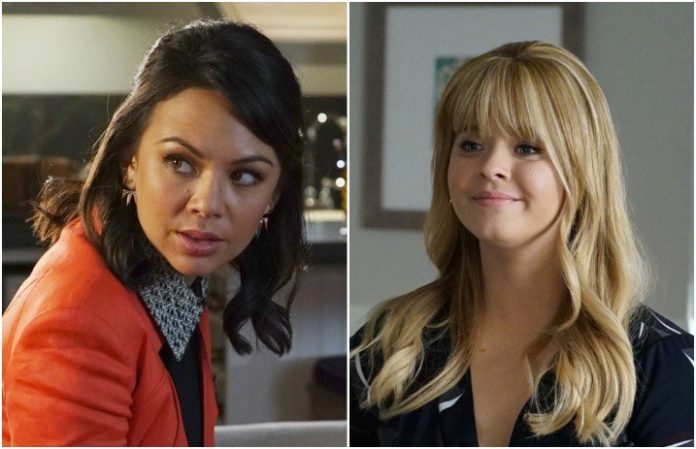 It's official: Pretty Little Liars spinoff The Perfectionists is happening—at least a pilot episode is!

Charlie Craig and I. Marlene King wil be working side-by-side for Freeform's The Perfectionists. Plus, Pretty Little Liars stars Sasha Pieterse and Janel Parrish are set to reprise their original roles in the new pilot.

Author of Pretty Little Liars book series, Sara Shepard, also wrote a book The Perfectionists, which is what the PLL spinoff will be based from.

“At Freeform, we are committed to delivering shows that push boundaries and become a part of our viewers lives. Pretty Little Liars was a cultural phenomenon, so it's no wonder fans wanted more,” Karey Burke, executive vice president, programming and development, said.

“We can't wait to continue Marlene King's rich and revolutionary storytelling with a new crop of leading ladies from Beacon Heights who will hold just as many secrets and lies as Rosewood did.”

If you're partial to the cast of PLL (we know we are!), you can rest easy as Sasha Pieterse (Allison DiLaurentis) and Janel Parrish (Mona Vanderwaal) will be acting in The Perfectionists.