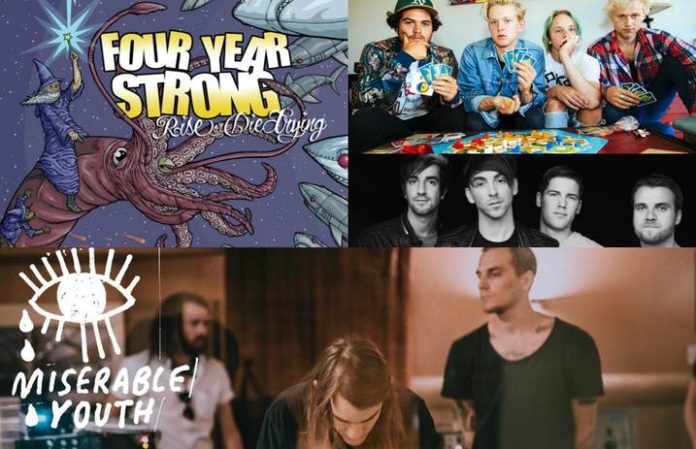 A lot happens in the scene each day. In an attempt to capture what you might've missed, we gather up noteworthy moments and package them in one convenient post. Check out today's recap below!

Read more: The 1975 perform on ‘Late Night’ and other news you might have missed today

1. Martin Shkreli is a pharmaceutical company CEO who was in the news last year for increasing the price of Daraprim—used to treat AIDS and cancer patients—from $13.50 to $750 per tablet. Today, Shkreli made headlines again after Donald Trump won the U.S. presidential election.

The CEO bought Wu-Tang Clan's previously unreleased, one-of-a-kind album Once Upon A Time In Shaolin for two million dollars. Shkreli recently promised that if Trump won the election, he would release the previously unheard Wu-Tang Clan music.

Well, he kept his promise. Check out the clips below (via Pitchfork).

Once Upon A Time In Shaolin was recorded over the course of six years, pressed in 2014 and stored in a secret vault until 2015.

2. The Maine unveiled the second episode of their web series Miserable Youth, which chronicles the creation of their new album—a follow-up to 2015's American Candy. Watch it below:

3. Four Year Strong announced the first leg of their world tour celebrating the tenth anniversary of Rise Or Die Trying. Check out the dates—in UK and Europe—and a statement from the band below.

First of many to announce. Part one of Europe. Rest of the world soon. 10 year anniversary. Rise or Die Trying. https://t.co/bf98Sl0oLi pic.twitter.com/rnsESx4lRD

4. All Time Low announced support for their upcoming UK/Ireland tour—SWMRS, the newly signed Fueled By Ramen California punk outfit, who just re-released their debut album, Drive North. See the dates in the awesome tour poster below.

Stoked to announce that @swmrs will be joining us for our UK/Ireland dates! Stay tuned for more announcements soon! https://t.co/qJ6wx0ov2b pic.twitter.com/z7Xib5qTLh

Read more: 14 things that will give you hope in even the darkest of times

“In light of today's events we think it's appropriate to leak this song. Remember to love each other in this time. We call upon you to help those who are suffering and protect the rights of our fellow human beings that have worked so hard to get them. We always have and always will fight for equality, in whatever capacity we can. Count your blessings and show no fear. This song is called 'Viper Strike'. It is not for the faint of heart. MCID” – Johnny