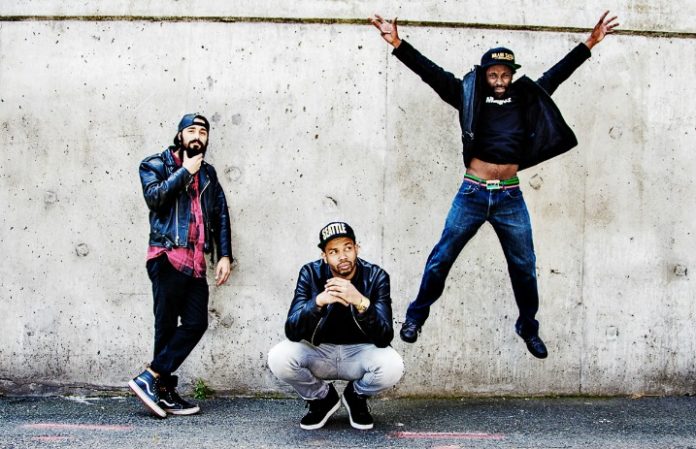 It's produced by legendary drummer Barret Martin (Queens Of The Stone Age). Here's what he had to say about the project:

“Producing Ayron’s new album was a great experience for both of us. I’m an old school producer, but Ayron gave me hope that the next generation of forward-leaning musicians are going to do some great work in the future. Ayron’s ideas are rooted in the same classic forms I grew up with, yet he draws from modern hip hop, R&B, and soul, to create a new kind of Seattle rock that sounds both new and classic at the same time. During the sessions for Audio Paint Job, he learned from me, and I from him, so the album is both classic and future.”

Jones is on vocals, Ehssan Kirimi is on drums and Bob Lovelace is on bass.

“Audio Paint Job is a title that has multiple meanings for me,” Jones says. “It's a story about my mental and spiritual transformation through music.”

Take Me Away
Emily
Its Over When Its Over
Mr. Jones/Rockstar
Boys From the Puget Sound
West Coast Feelin’
Play Me a Song
Take Your Time
Stand Up
Lay Your Body Down
Be There With You
Love is the Answer
Yesterday