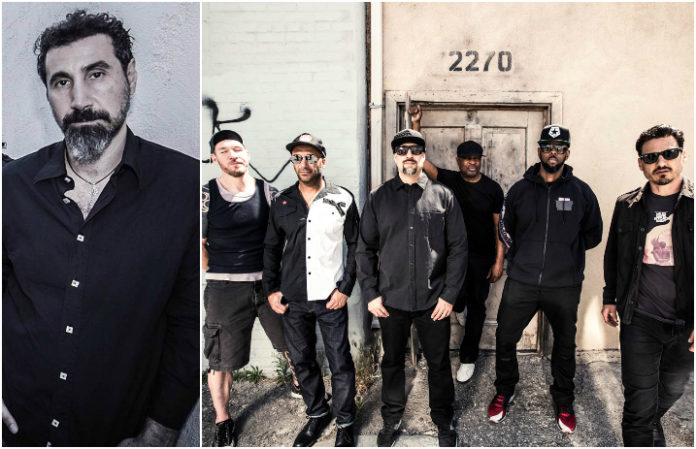 The instrumentalists of Prophets Of Rage were joined by System Of A Down's Serj Tankian for a live tribute to late Soundgarden singer Chris Cornell last night with a performance Audioslave's “Like A Stone”—watch it below.

It's not the first time the SOAD frontman has joined the former Rage Against The Machine players for a “Like A Stone” salute—they did the same after Cornell's unexpected death at the age of 52 last year—but the musicians must've been feeling especially emotional at their gig in New Zealand on Tuesday: That day, March 20, happened to be the birthday of Chester Bennington, the Linkin Park vocalist who died mere months after Cornell.

“Not too long ago, we lost a very good friend of ours,” guitarist Tom Morello said from stage, as reported by Loudwire. “Please show him some appreciation. We miss him very much… and we'd like to do this song in his loving memory and we'd like to bring up one of our favorite kiwis, Serj Tankian.”

Morello—along with Prophets/RATM's Tim Commerford and Brad Wilk—comprised the band Audioslave with Cornell from 2001 until 2007, releasing three albums. The four reunited in early 2017, shortly before Cornell's death, for a sole show at the Prophets-led Anti-Inaugural Ball. Watch Audioslave's “Like a Stone” music video after the concert clip.