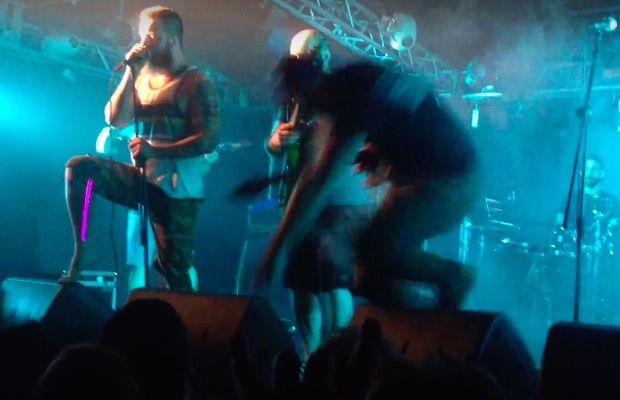 Canada’s Protest The Hero are known for their prolific breed of progressive, rip-your-face-off-and-mosh-on-it metal. But do you know what their guitarist Tim Millar is also known for? Epically tripping—and then flipping—himself off stages, which is precisely what he did during the band’s recent show in St. Petersburg, Russia. Fortunately, he survived the fall with everything in tact but his ego, as the band laughingly stated when he made his way back onto the stage. You can watch two fan-shot videos of the incident below.