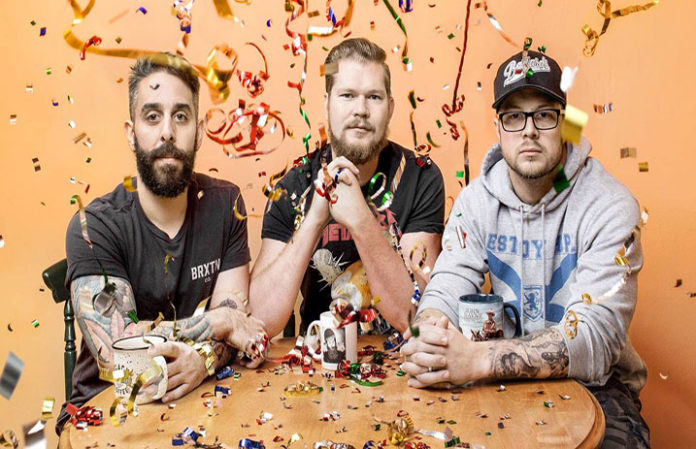 Protest The Hero's Rody Walker and Mike Ieradi have teamed up with The Fully Down's Dan Hay to form Mystery Weekend.

Check out their first single as a group below!

Mystery Weekend's debut album Surprise! will be released on February 17 (Happy late Valentine's Day to us!) but the band has already given us a peek at what the album will sound like through the release of two singles.

Surprise! can be preordered here.

This will be Walker's and Ieradi's latest release since Protest The Hero released their subscription-based Pacific Myth from March 2015 through March 2016. Pacific Myth peaked at No. 115 on the Billboard 200.

Dan Hay is also the guitarist for Amos The Transparent. Their latest album was This Cold Escape in 2014.