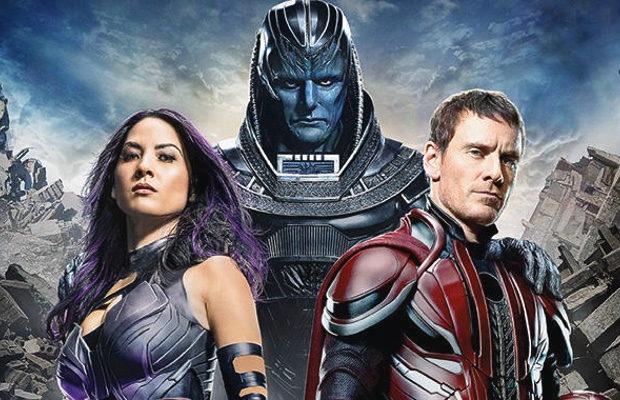 Summer 2016 will bring X-Men: Apocalypse, the sequel to last year's X-Men: Days of Future Past, and the title character along with two of his horsemen have been revealed via Entertainment Weekly.

First seen by attendees of this year's San Diego Comic-Con, Apocalypse, Psylocke, and Magneto are on the latest cover Entertainment Weekly in their costumes for the film. Story-wise, Apocalypse is a 5,000 year old mutant who is believed to be the first mutant. Naturally, Apocalypse usually rides with four super villain horsemen, two of which seem to be Psylocke and Magneto. The other two are still shrouded in mystery.

X-Men: Apocalypse is due out next summer.