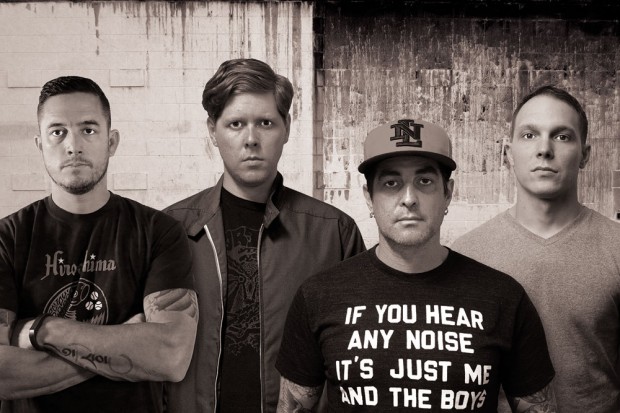 Baseball-themed grindcore outfit Puig Destroyer (featuring Thrice drummer Riley Breckenridge) have premiered “No One Cares About Your Fantasy Team” from their upcoming self-titled debut album. You can check out the straight-to-the-point track below, along with a comment from bassist Ian Miller on its lyrical content. Be sure to let us know what you think!

The 20-track LP, which is available for pre-order, is set for release on September 30 (the first day of the MLB Postseason). In case you missed it, the band have already streamed the impending effort's first single, “Mike Trout,” which pays homage to Los Angeles Angels’ 2014 All-Star MVP outfielder, Mike Trout.

“This isn't a slam on fantasy baseball — we all enjoy it. But I can't think of anything I want to hear about less than someone else's fantasy team. Maybe the dream you had last night, or what you had for breakfast. Literally no one but you cares. This song is a reminder to shut the hell up about it.”