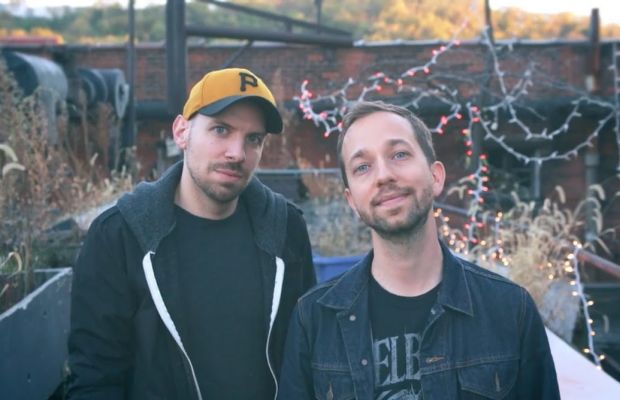 With Punchline's recent return and announcement of a new album through InVogue Records this winter, longtime fans have been awaiting another taste of the forthcoming effort after the title track which originally surfaced much earlier this year. That wait is over, as today the band has shared a music video for a new single, titled “Tell Me How You Sleep.” You can check it out below, (via Billboard).

On the visuals, vocalist/guitarist Steve Soboslai says, “I met animator Devin Ensz through this thing called the internet that I have on my computer. We'd wanted a video where our heads fell off and at the time it didn't make sense to cut off our heads for a live action video. Animation was the way to go and Devin was our man. He spent over 300 hours making our song come to life. It's the best song/video combo we've ever had as a band and we are most definitely thrilled.” Touching on the band's new direction in sound, Soboslai adds, “Some music industry types suggested we change our band name as sort of a re-brand, to which responded 'wat?' We are not a brand. We are a band. As long as Chris and I are making music together, it will be Punchline. Even when we make our alt. polka album.”

Pre-orders for Thrilled are available until the album's official release on December 4.