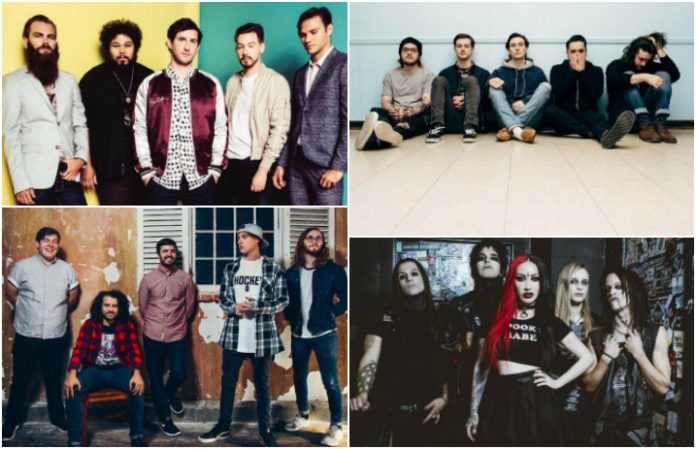 Yep, you read that right. Fearless Records has announced that Punk Goes Pop Vol. 7 will be released this summer, featuring contributions from State Champs, Dance Gavin Dance, New Years Day, plus a collaboration between Andy Black and Juliet Simms, and many more.

Check out the full track listing, and give a listen to Dance Gavin Dance's cover of Bruno Mars' “That's What I Like,” below!

Punk Goes Pop Vol. 7 will be released July 14, and digital and physical pre-orders are available here.

Dance Gavin Dance's Bruno Mars cover will be available on iTunes tonight at 12 a.m. EST, and you can give the song a listen below.

Which song are you most stoked to hear? Let us know in the comments below!