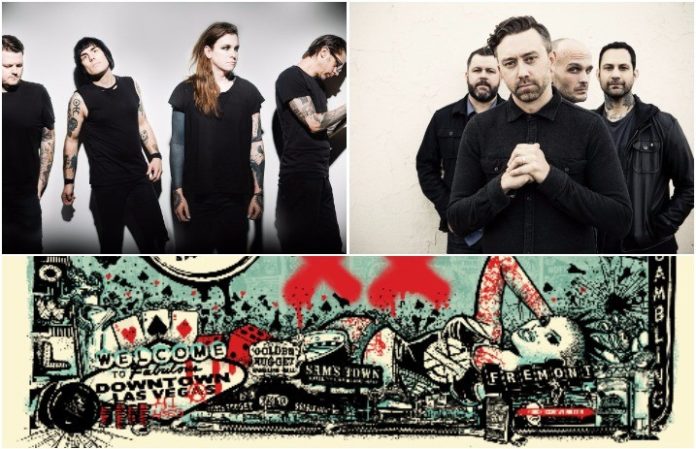 Read more: Laura Jane Grace on the responsibility of educating others on gender identity

Started in 1999 by Shawn and Mark Stern, the brothers behind BYO Records, as well as founding members of the legendary Los Angeles punk band Youth Brigade, Punk Rock Bowling is one of the few events where the music is just as important as camaraderie.

“We never even thought about it going two years,” says Mark Stern about the festival’s longevity. “We just set up a party for all our friends in bands and labels, and since everyone had such a great time the first year, more people wanted to come out, so we did it again next year.”

The 2018 festival will take place in Las Vegas, NV May 25 through May 28, and it's set to be “bigger, better and a bit more eccentric than years past.” Headlining this year will be Chicago’s Rise Against, and it's the band's first time at Punk Rock Bowling. Other first-time acts include At The Drive In, L7, the Marked Men, the Partisans and Slaves (UK).

Plus, they’ve invited some old friends back to Vegas, including NOFX, Against Me!, the Mighty Mighty Bosstones and Turbonegro.

Starting Friday, May 25, Punk Rock Bowling kicks off with intimate late night club shows, which will run all weekend long after the festival stage lets out.

Three-day tickets for Punk Rock Bowling & Music Festial are on sale now. Single-day tickets and the daily lineups will be announced in 2018.

Check out the lineup below.

Who are you most excited to see at Punk Rock Bowling & Music Festival? Let us know in the comments below!