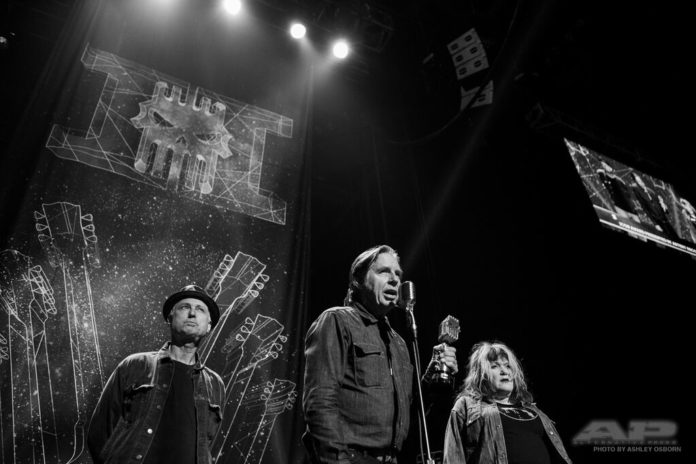 Los Angeles punk pioneers X were honored with the special Icon Award (presented by Artery Recordings) at the 2015 APMAs. After forming in 1977, the group undoubtedly paved the way for many bands that followed.

X were presented the award by Kevin Lyman, founder of the Vans Warped Tour. During their acceptance speech, singer John Doe said, “We'd like to dedicate this to all of the punk rock musicians in LA that are here and that are not. Those that have survived, and those that haven't.”