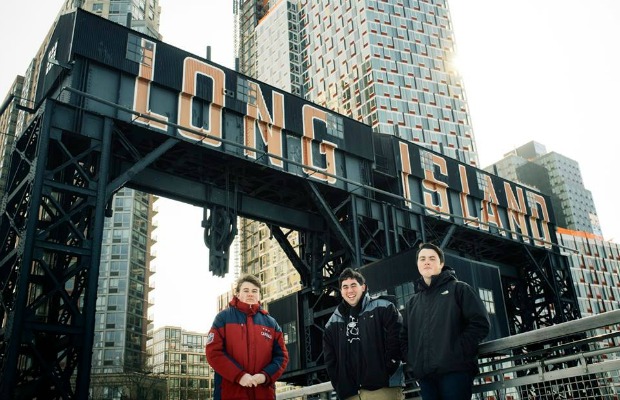 In the wake of sexual allegations made against Front Porch Step, Pure Noise Records is now in a similar situation with another one of its artists. The label recently signed Long Island emo band No Good News, whose drummer, Harry Corrigan, was accused online of sexual assault last year.

“We appreciate that the community brings issues to our attention. It’s very clear that after the two unfortunate events that we’ve been through that better checks and balances within the all ages community are necessary to ensure the safety of everyone. In the future, Pure Noise will certainly be more thorough in it’s A&R dealings prior to signing a new artist.

My own perspective about the changing all ages community is unique. I’ve been involved in punk rock for almost twenty years. I’m a cisgender, white, college educated male who has had all the privileges as such. I’ve been a supporter of liberal politics since I was in college and always supported the causes of women, minorities and the less fortunate. I’m also a survivor of habitual sexual abuse as a child. I am well aware the kind of trauma a negative sexual or physical experience can leave on a person and how it can resonate for decades. I’ve experienced it.

It would be very easy for me to act swiftly and violently toward anyone who is guilty of any major discrepancy. As you can imagine, it’s not a subject that I like to spend time with. However, something that I’ve always liked about myself is that, usually, I can put my emotions aside and try to judge each situation judiciously and carefully and treat all parties involved in any situation with the humanity and respect they deserve. I take my time to do what I believe is the right thing which isn’t necessarily the easiest thing.

As someone who’s given their life to punk rock I’m proud that the community is moving forward toward the advancement of all genders, sexualities, orientations etc. None of these things change over night but discussions like these open the door for a better, safer and more positive future for everyone.”

Corrigan released a statement of his own, where he admitted something happened but was legally vague, avoiding specifics. Read it below:

“I’d like to address the event on July 23rd, 2012. I feel extremely remorseful about what happened that night. I am not apologizing because of public scrutiny, but because I treated someone incorrectly. I was insensitive and I was wrong.

This event has forever changed my view of what consent is. I was 19 at the time of the event and I’ve spent the last three years confused as to why people were upset with me because I knew in my heart I would never do anything to intentionally hurt someone.  I take full responsibility for being insensitive and misjudging the situation. I believed it was a consensual occurrence between two adults and in the heat of the moment I should have been more responsible and conscious of the parties involved. While I know I am not guilty of anything legally speaking, I apologize for my behavior and am taking action to become a better person. I became defensive and reacted insensitively to a delicate situation that needed far more care and thoughtfulness. For all of these things I apologize to everyone both directly & indirectly involved. In the three years since this event, I’ve reflected on my actions and have realized the negative impact it has had not only on those involved, but also on our community as a whole.

As a person, I hope that over time people will regain their trust and belief in me, and I understand that is something I must earn back. As a musician and artist, I want people who support No Good News to feel safe at our shows and in our scene. I hope this starts a dialogue within our community, not only about consent but the rights of everyone, all genders, and all sexualities, because this is a scene that is built on acceptance and open mindedness.

I want to make it clear that I take this event seriously. I will be stepping away from No Good News for awhile to take some time to reflect and work on myself as a person.

As a sign of good faith in my commitment to personal change, No Good News will be donating 100% of the net profits of our upcoming EP pre-order to The Safe Center LI, a non-profit agency that serves the victims of domestic abuse and child abuse.

I understand that no single statement can right the wrong that I’ve done and it’s only through my actions moving forward that I can hope to regain the support of the community I love so much.”