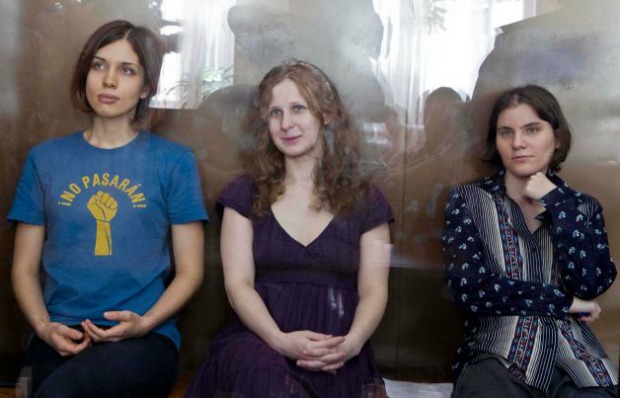 A judge in Moscow has sentenced three members of Pussy Riot to two years in prison on charges of hooliganism driven by religious hatred, following international protests over the arrest.

The band were originally arrested in March after an impromptu performance in Moscow's main cathedral, playing a song that called for the Virgin Mary to protect Russia again then-presidential candidate Vladimir Putin, who was then elected two weeks earlier. The band could have faced up to seven years in prison.

You can read the entire piece from the Associated Press here.